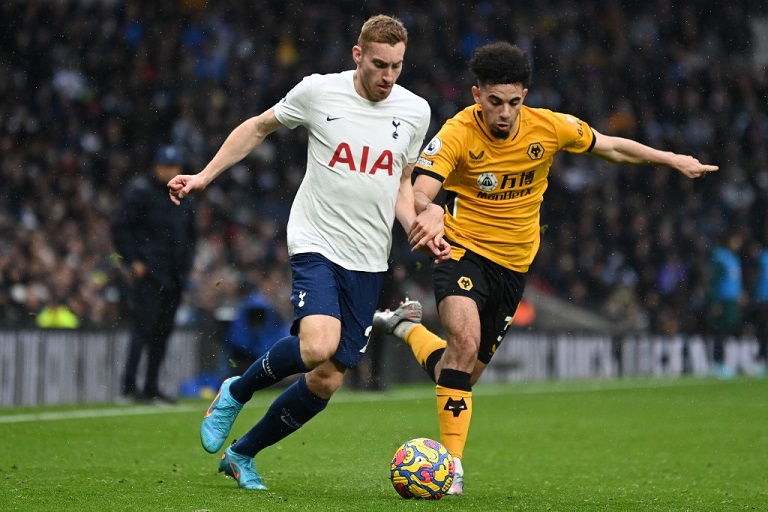 Wolverhampton Wanderers are still without a win and have an uphill task as they travel to London to take on Tottenham Hotspur.

Spurs are coming off a pulsating 2-2 draw against Chelsea at Stamford Bridge, while Wolves were held to a barren draw by newcomers Fulham.

The stalemate left Antonio Conte’s side in 4th place with four points as the visitors come into the game in 14th with a single point.

Going into Matchday 3, the pressure is on Wolves to get at least a point if they are to avoid finishing the weekend in the relegation zone.

The hosts are on a quest for revenge after losing 2-0 at home to Wolves in February.

Raul Jimenez and Leander Dendoncker were both on target as the loss marked Spurs’ third consecutive during a poor run of form.

What time does Spurs vs Wolves start?

The game kicks off at 2:30pm Kenyan time at the Tottenham Hotspur Stadium.

The home side are unlikely to make any changes from the side that lined up against London rivals Chelsea.

Harry Kane bagged a late winner in the game and will lead the attacking line, supported by Heung-Min Son and Dejan Kulusevski.

Pierre Emile Hojbjerg was also on target and will command the proceedings in midfield.

Daniel Podence and Pedro Neto are also set to feature in the starting XI as well.

Spurs vs Wolves head to head

Tottenham have won 8 matches from the 17 they have played against Wolves, with the latter coming out on top 5 times.

The remaining 4 have resulted in a stalemate.

Two wins, two draws and one defeat is the record Spurs come into the game with.

This is much better than Wolves who have not won a single game in that run, whilst losing twice.

Wolves are desperate for a point at least but it will be very difficult judging by the free-flowing football the hosts can play.

Tottenham are tipped to win this match.