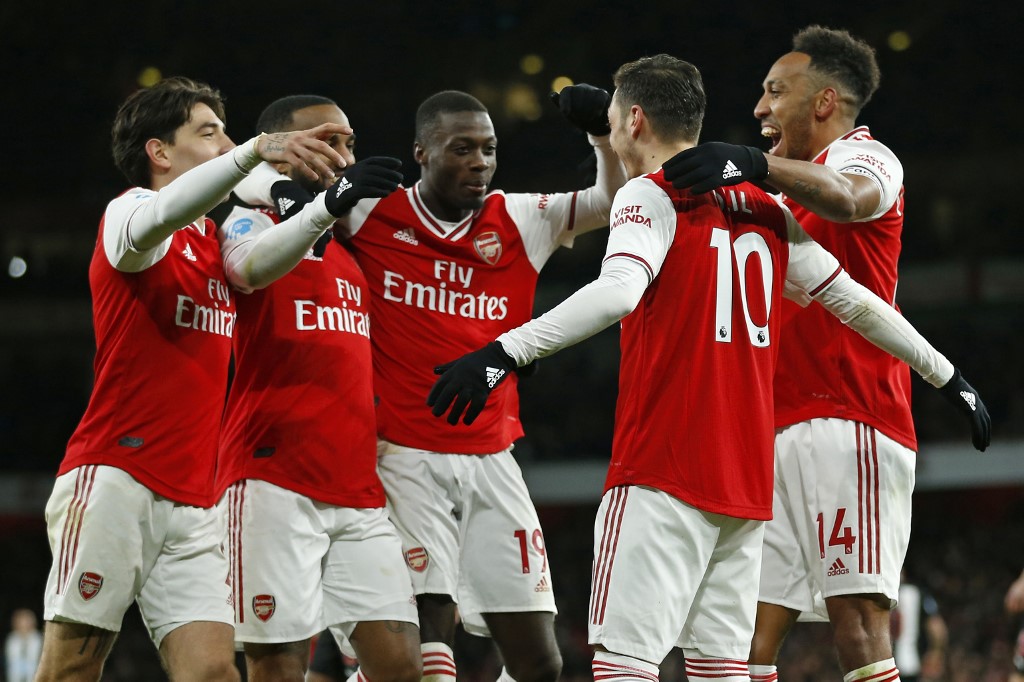 With only four games left to play in the 2019/20 English Premier League season, the race for a spot in Europe next season is at it’s peak.

Only one point separates 8th place Arsenal and 9th place Tottenham, making this arguably the most hotly-contested London derby all season.

Here is the low down of all you need to know ahead of the mouth-watering Sunday evening fixture.

What time does Tottenham vs Arsenal start?

The game kicks off at 6:30 pm at the Tottenham Hotspur Stadium.

Jan Vertonghen, Erik Lamela and Steven Bergwijn were all handed starts as Spurs drew blanks in a goalless stalemate against Bournemouth on Thursday evening.

It is unlikely that Jose Mourinho will retain the starting XI as Heung-Min Son and Lucas Moura may return to the starting line-up to pose a different sort of attacking threat.

Arsenal will be without teenage sensation Eddie Nketiah, who was sent off against Leicester but the electric Bukayo Saka has been consistent and is expected to offer Pierre-Emerick Aubameyang and Alexandre Lacazette support up front.

Tottenham vs Arsenal head to head

From a total of 90 games played between both teams, the visitors have won 46 compared to Spurs 19. With the remaining 25 ending in draws.

Spurs have won only one from the last five matches against Arsenal, who have won two. The most recent games have ended in 1-1 and 2-2 draws.

Both teams are coming off 0-0 and 1-1 draws against Bournemouth and Leicester respectively.

Mourinho and Arteta’s charges have only lost once in their last five games and sets this up to be an evenly-matched affair.

There really isn’t much separating the two at the moment and it will all come down to who converts their chances on the day.

Aubameyang is in the race for the Golden Boot for a second successive year and that may play a part for the visitors but the most likely outcome could be a draw. Both teams are tipped to score but as for a winner, there might not be any.