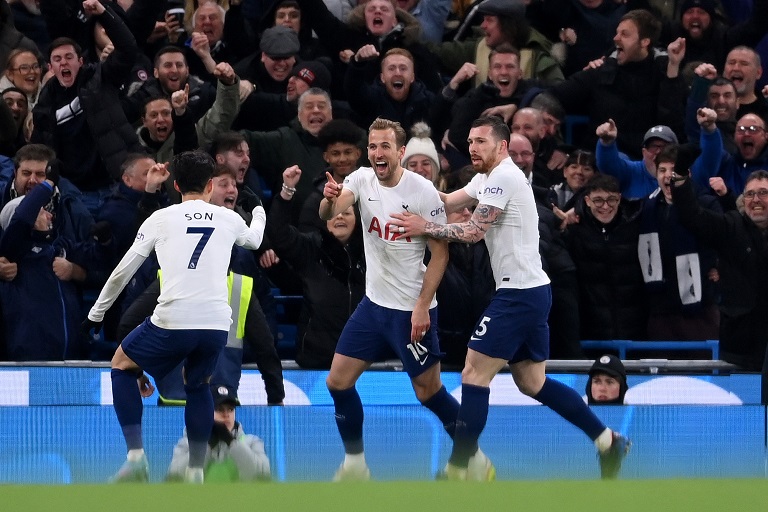 Tottenham Hotspur are all set to Arsenal on Thursday in a heated London derby as both teams battle for a top-four finish.

Spurs are coming off a 1-1 draw with Liverpool that left them in fifth place with 62 points.

Meanwhile, Arsenal beat Leeds United 2-1 to bring them up to 66 points with three games left to play.

A three-game losing run over the Easter period threatened their European ambitions but Arsenal have bounced back with 4 consecutive wins over Chelsea, Man United, West Ham and Leeds.

Antonio Conte’s side are unbeaten in 7 matches at home and are confident they can avoid defeat and realize their Champions League dream.

Arsenal cruised to a 3-1 win the last time these two sides met in the reverse fixture last September.

This London derby has way more on the line and it will be interesting to see who comes out on top.

What time does Spurs vs Arsenal start?

The game kicks off at 9:45pm Kenyan time at the Tottenham Hotspur Stadium.

Sergio Reguilon, Oliver Skipp, Japhet Tanganga and Matt Doherty are all injured and unavailable for selection.

This means Ryan Sessegnon and Emerson Royal will start in the Spurs back line.

For the visitors, Takehiro Tomiyasu will retain his starting spot as Kieran Tierney and Thomas Partey remain unavailable.

The team is unlikely to change from the side that beat Leeds at the weekend with two-goal hero Eddie Nketiah as the lone forward.

Spurs vs Arsenal head to head

Arsenal have won 24 times from the 55 matches played between these two sides, compared to Tottenham’s 13 wins.

The hosts have won twice and lost a similar number of games in their last 5 games while Arsenal are on a four-game winning streak.

With what’s at stake for either side, it will be a cagey encounter. Both teams are likely to score but a draw could be the most possible outcome.