TOP OF THE TABLE CLASH AS SERIE A LEADERS NAPOLI HOST JUVENTUS. PREDICTION 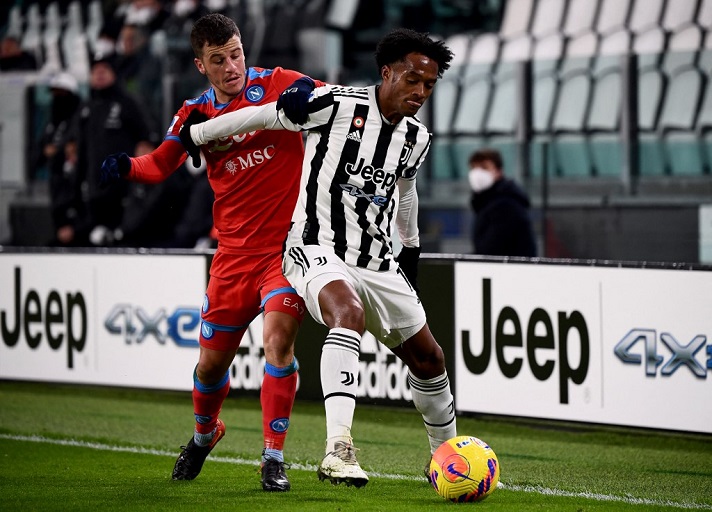 Friday night brings with it a Serie A special as league leaders Napoli host Juventus in a bid to potentially open up a 10-point gap at the top of the table.

Napoli are coming into the game after a 2-0 victory over Sampdoria in their last league game, leaving them with 44 points after 17 games.

Meanwhile, Juventus battled to a 1-0 win against Udinese to leave them in second place, seven points behind their opponents.

This is the first time that Juve have managed 8 consecutive wins since 2018 and will be confident ahead of this highly anticipated match.

Only Cagliari in 1966-67 have kept more clean sheets at this stage of any Serie A season than Juventus have in this campaign (12).

Napoli are unbeaten in their last two matches against Juventus in the Serie A – their longest such streak in the competition since 2011.

They have also have won their last 3 home games against Juventus and could potentially achieve 4 such wins in a row for only the second time in their history.

In the last 15 Serie A seasons, only once has the side with the best defensive record not won the Scudetto.

Napoli seem on course to win their first Serie A title since 1990 but Juve’s recent run of form will threaten to challenge their quest.

The game kicks off at 10:45pm Kenyan time at the Diego Armando Maradona Stadium.

The home team have no injury concerns ahead of the tie and will field their strongest XI with Elif Elmas retaining his spot from the start.

Victor Osimhen has scored the most goals in the Serie A this season (10) and will lead the attacking line.

Piotr Zielinski and Matteo Politano will offer more attacking options in the final third of the pitch.

Reliable forward Dusan Vlahovic, Paul Pogba, Leonardo Bonucci, and Juan Cuadrado are all absent for the visitors through injury.

Filip Kostic and Angel Di Maria have improved in recent games and are tipped to start in support of Arkadiusz Milik up front.

Juventus have a good record against Napoli and have won 79 out of the 170 matches played between the two teams, as opposed to Napoli’s 42 victories.

The remaining 49 have resulted in a draw, including a 1-1 draw the last time they met.

The home team have surprisingly lost 3 times in their last 5 games, winning the remaining 2.

Juventus on the other hand are unbeaten in that run, winning 4 times and sharing the spoils in a 1-1 friendly with Standard Liege.

In their last 3 head to head encounters, both teams have found the back of the net, this game is not expected to be any different.

However, another draw could be on the cards for this game.