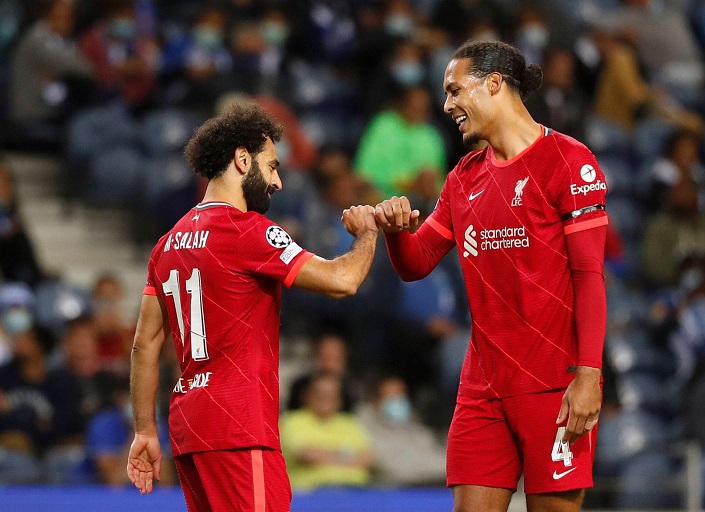 Certainly the game of the weekend, all eyes will be on both teams as they both seek to finish the weekend atop the English Premier League table.

The reds come into the game on the back of a thrilling 3-3 draw against Brentford, whilst City were 1-0 winners against Chelsea.

There have been many tasty ties at Anfield down the years between these two clubs – with City marching to a 4-1 success in the 2020-21 season.

Liverpool can only boast one win from their last seven against Guardiola’s side in all competitions.

With all that this encounter promises, you can play here to make your predictions.

The game kicks off at 6:30pm Kenyan time at Anfield.

Trent Alexander-Arnold is still not ready to return to action and remains out with Harvey Elliott and Thiago Alcantara.

James Milner and Curtis Jones are set to retain their starting spots and birthday boy Roberto Firmino should be preferred over Diogo Jota for a clash of this magnitude.

For the visitors, Ilkay Gundogan and Oleksandr Zinchenko are not expected to be fit for this tie.

Aymeric Laporte is back and ready to start.

Gabriel Jesus and Phil Foden should get the nod to start over Raheem Sterling and Riyad Mahrez.

The reds have the advantage, winning 23 out of the 50 matches played between these two sides.

Man City have come out on top 10 times, most recently the 4-1 win at Anfield in February.

Liverpool come into the game on the back of four wins and one draw in their last 5 matches.

Meanwhile, City have win three, drawn one and suffered a defeat in that run – a 2-0 loss to PSG in the Champions League.

There should be plenty of goals in this game, with the amount of attacking threat that both teams possess. A high-scoring draw could be the most likely outcome.