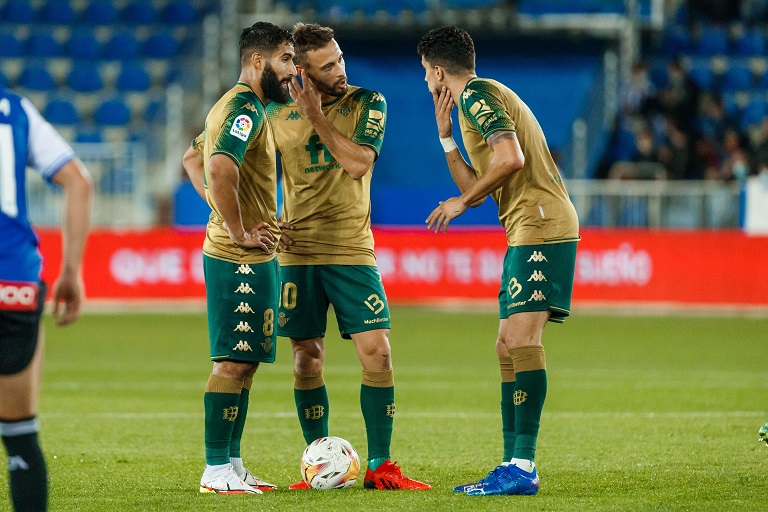 Betis are top on goal difference after wins against Celtic and Ferencvaros.

The hosts have lost only once on home soil so far this campaign, to Real Madrid, while the visitors have yet to suffer defeat on their travels, scoring 19 goals in the process.

Leverkusen can, however, take some confidence into their clash with Betis, as they have won 11 of their last 15 Europa League matches, scoring an impressive 40 goals at an average of 2.7 per game.

We have a look at both teams ahead of the encounter and you can play here to make your predictions.

What time does Betis vs Leverkusen start?

The game kicks off at 7:45pm Kenyan time at Estadio Benito Villamarin.

Youssouf Sabaly is injured at the moment and has been ruled out of this fixture, as well as Victor Ruiz who is a doubt due to an injury concern.

Joaquin and Iglesias impressed last time out and are expected to be handed starts on Thursday.

Sergio Canales and Nabil Fekir are also set to start.

For the visitors, Timothy Fosu-Mensah, Julian Baumgartlinger, Exequiel Palacios, and Charles Aranguiz are all ruled out of this fixture.

Florian Wirtz, who has scored in both of his opening two group stage matches, is in line to retain his starting spot.

Betis vs Leverkusen head to head

Betis have never locked horns with Bayer Leverkusen in a competitive fixture.

Both teams have only lost once in their last five matches while winning all the other four.

This will definitely be a highly competitive game with both teams scoring a goal at least. A draw could be the most likely outcome.