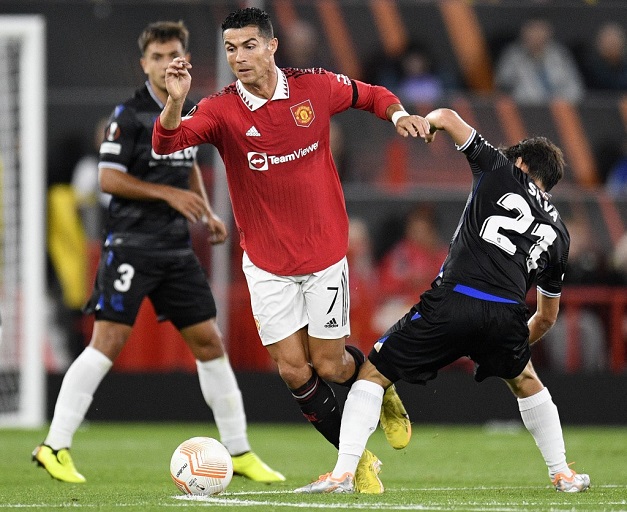 Real Sociedad prepare to host Manchester United in their final Group E clash in the Europa League with a spot in the knockout stages as group winners at stake.

Sociedad are atop the standings with 15 points after 5 games, 3 points ahead of United who are in second place.

The La Liga outfit came out 1-0 winners the last time these sides met in the first leg back in September and United will feel the need to prove a point on Thursday.

United have lost their last two matches against Spanish opponents in European competitions, with a defeat against Atletico Madrid last season followed by a loss to Sociedad this year.

Man United have lost 6 of their last 7 away games in the UEFA Europa League and have scored an impressive 19 goals during this period.

Sociedad are now out to make it 3 home wins in a row in Europe for the first time since 1998-99, and the hosts have fond memories of their earlier trip to Old Trafford.

Who is going to go through to the knockout stages as group winners? Click here to make your predictions for this encounter.

What time does Sociedad vs Man United start?

The game kicks off at 8:45pm Kenyan time at the Reale Arena.

The hosts are without Mikel Oyarzabal, Umar Sadiq, Mohamed-Ali Cho, David Silva and Ander Martin who are all sidelined for this game.

The numerous injuries means there is no room for rotation and the squad is likely to remain unchanged as Alexander Sorloth leads the attacking line.

Man United will be led by Cristiano Ronaldo up front, who will be supported by Marcus Rashford, who recently reached 100 goals for the club.

Casemiro and Christian Eriksen are both set to start in midfield as Harry Maguire and Lisandro Martinez pair up in the heart of defense.

These sides have gone up against each other 5 times in the past with United boasting 2 wins, compared to Sociedad’s one victory while the remaining 2 have resulted in a draw.

The home team have lost twice and won three times in their last 5 games, while Man United are unbeaten in that run, winning three times.

This will be a heated encounter in which both teams are expected to score but Sociedad are tipped to win and end United’s unbeaten run.