TOP 6 ENGLISH PREMIER LEAGUE PLAYERS UNDER THE AGE OF 23 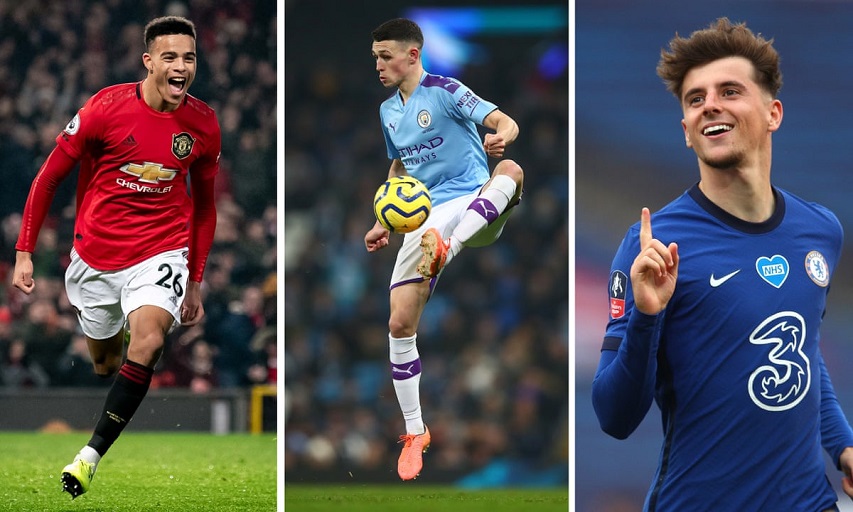 Every generation brings with it a new breed of players who boast both heaps of talent and dedication that is undeniably admirable in the eyes of the football world.

There are plenty of players who have burst on the scene and made an instant impact, whether due to their skill, composure, dribbling, finishing capabilities or even all the above.

In the most watched football league on the planet, The English Premier League, there has been no lack of young talent and here SportPesa Kenya’s blog picks the top six of the bunch.

Many differ in opinion and despite this being valid, numbers and consistency plays a major role in the selection that is in no particular order.

The locally-born youngster has been on the lips of pundits, coaches and his teammates since his first team appearances increased dramatically during the 2019-20 season.

Tasked with the almost impossible task of filling the void left by Spaniard David Silva, who left seeking greener pastures at Real Sociedad, Foden has continually proved that he is more than up for the challenge.

With 11 goals in over 40 appearances for City in his senior career, there is no doubt that the dynamic midfielder will be pivotal for City in the future.

The 20-year old has also made three international appearances and was instrumental, scoring twice in a match against Iceland. There is definitely so much more to be seen from Phil.

Having helped Derby County regain top flight status under Frank Lampard, the Englishman moved with the Chelsea legend to the Premier League and has been a key figure in the starting XI ever since.

Mount has played predominantly from a midfield three this season and it is a position that has extracted the best from his talents, with the youngster ranking fourth for chances created and key passes in the Premier League this season.

He ranks first amongst EPL players aged 21 or under for big chances created, shot creating actions, progressive passes and successful pressures, whilst his three assists is also the joint-most amongst players in that age bracket.

The recently turned 22-year old possesses fantastic ball control, his strength and agility helps him dribble past any opponents and his ability to read the game and pick out a pass makes him indispensable for the blues.

It is rare nowadays to have a defender who plays such an important role in impacting the outcome of a game and Trent is up there on that list.

Having been a starter for his boyhood club for the past two seasons, the input he has and continues to give is second to none from that position in the entire division.

In that time, Trent has scored seven goals and provided a further 30 assists due to his unmatched ability to size a cross to perfection, a feat that saw him joint-top of the assists chart during Liverpool’s title-winning 2019-20 campaign.

At 22, he has already made 12 appearances for England and scored once for his country. Clearly, the best is yet to come from this speedy and composed youngster.

There is no defender or player who likes to hear that they are going up against Pedro Neto. This Portuguese sensation has by far been Wolves most impactful player this season.

With the long-term injury to talisman Raul Jimenez, Neto has stepped up and has proved that his pace, strength, dribbling abilities and finishing capabilities are key for Wolves season.

Neto has scored 10 league goals for Wolves and made his full international debut for Portugal in November 2020, scoring against Andorra in a 7-0 win.

While making his debut as a left-winger, he’s been used at left-back, left-midfield, attacking midfield and right-wing and has shown nothing but promise wherever he has played.

He is undoubtedly the most exciting Arsenal player and has come to life under Mikel Arteta and this has seen him get 4 England call-ups so far.

During the current 2020-21 English Premier League season, the explosive winger has already scored 5 goals for his side and provided another three assists.

Only two and a half years into his senior career, it is unlikely that the teenager will slow down as he continues to improve with every game.

The 18-year old made his first-team debut in 2018-19, but rose to greater prominence in the first-team last season.

With already carrying a heavy burden on his shoulders before walking onto the pitch, due to the fact the he dons the iconic Number 11 jersey, Greenwood has come of age and is a regular in the starting XI.

Last season, the tricky and speedy teenager finished the season with 10 goals in the league and 17 in all competitions.

His ability to use whichever foot and his eye for goal have made him a threat to most if not all opposition in the top flight and this granted him an England national team call-up.

He has made one appearance for the Three Lions and is yet to score for them but he has a long and promising career to do so.