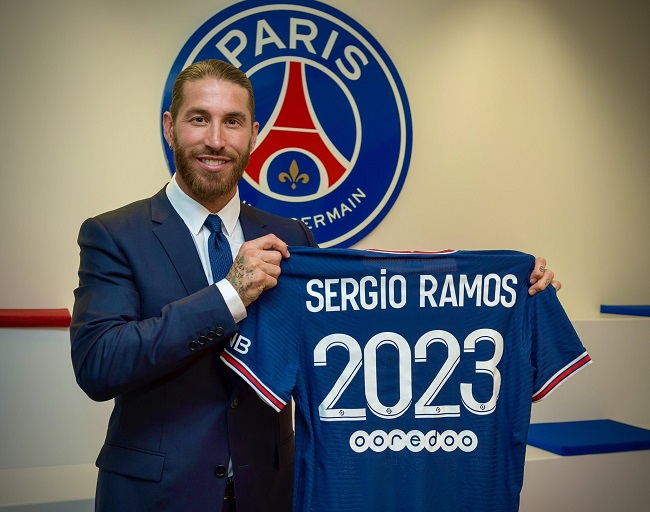 With the restart of football in Europes top leagues fast approaching, plenty teams have been busy during the summer transfer window.

The transfer window runs from June 9 to August 31 and every team is scampering in the hope to boost the strength in their squads before it ends.

Champions League winners Chelsea are continuing their hunt to sign arguably the brightest young talent in the world from Borussia Dortmund, Erling-Braut Haaland.

The departure of one of their strikers seemed purpose to make room for the Norwegian striker who has scored 40 goals in 43 appearances for his club.

There are many players whose contracts expired this summer and are yet to make permanent decisions over their future but there is still time.

Until then, there are a number of transfers that deserve to be talked about thus far:

The 22-year old became the most expensive full-back in football history when the deal was confirmed as he joined the record Ligue 1 winners.

He scored 7 goals and added 8 assists to help Inter Milan win the Serie A title for the first time since 2010.

The veteran 35-year old Sergio Ramos left Real Madrid after 16 successful years at the Spanish club and joined PSG on a free transfer.

No doubt a great addition to a PSG side that are looking to challenge for the Champions League trophy.

After three and a half years with Chelsea, Olivier Giroud left for AC Milan stating that his goal is to try and win trophies with the Italian club.

Giroud won the Champions League with Chelsea but had been out of favor with coach Thomas Tuchel and decided to seek more playing time in Italy.

Italy’s Euro 2020 hero and Player of the Tournament Gianluigi Donnarumma joined Paris Saint-Germain on a free transfer in a five-year deal.

The 22-year old goalkeeper who has a bright future ahead of him joins a host of custodians at the Paris club but he is undoubtedly in line to be the first choice.

PSG beat competition from Barcelona to land the highly-rated goalkeeper, who will earn around 12m Euros (£10.3m) per year plus add-ons in France.

“It’s a dream come true for me. This is the biggest club in the world and I’m very proud to be here,” Alaba said after being unveiled as a Real Madrid player.

The Austrian international has huge shoes to fill after he was handed the Number 4 jersey left vacant after the departure of Ramos.

Despite the pressure, there is no doubt that Alaba has the ability to deliver for a big club after incredible seasons in Germany.