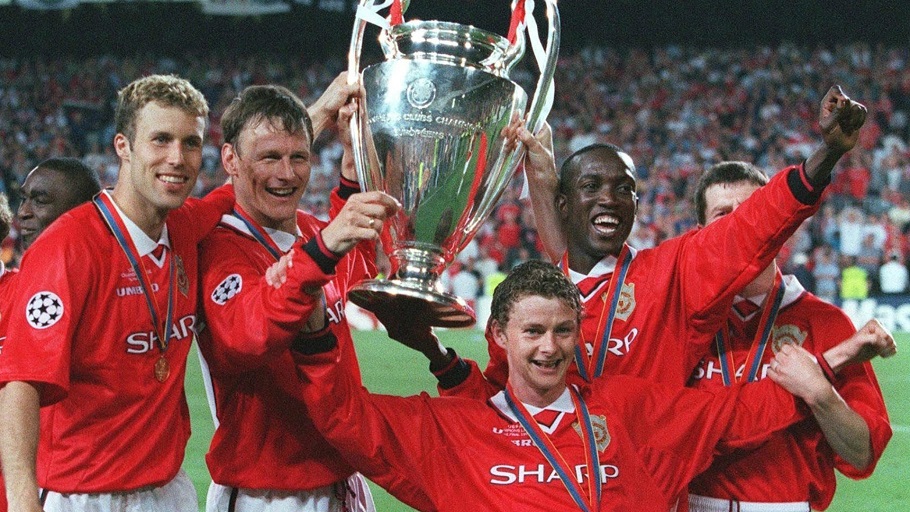 Since the inception of the Premier League in 1992, we have witnessed some dramatic twists and turns in title races culminating in pulsating experience for fans around the globe.

It is no secret that the English Premier League is the most dramatic football soap opera in the world and with that brings a flurry of emotions during every season.

The 2020/21 season has been one for the books already, with only 13 points separating the top 10 clubs by the midway point of the season.

After Burnley pulling off arguably the greatest win of the season, beating champions Liverpool 1-0 at Anfield, something no club has managed to do in 3 years and 9 months.

It will be interesting to see how the rest of the season plays out but here we have a look at the closest title finishes in the league’s history.

Both the Manchester clubs were at the forefront of an enthralling title race and it all literally went down to the wire.

During the last matchday of the season, United ended up defeating Sunderland, and, heading into stoppage time, QPR were winning 2-1 at the Etihad Stadium.

No sooner had nervous United fans started celebrating than Man City bagged 2 goals in stoppage time to clinch a first EPL title. Edin Dzeko scored first before Sergio Aguero broke United hearts with a thumping finish to ensure they were victorious on goal-difference.

This Premier League edition was truly a nail-biter and an absolute thriller, making it arguably thee best finish to a season.

The 2007/08 produced a scintillating three-horse title race between United, Chelsea, and Arsenal.

Alex Ferguson’s side who boasted the undeniable talents such as now highest scoring footballer of all time Cristiano Ronaldo, Wayne Rooney, and Carlos Tevez produced some mouth-watering attacking football.

United, who actually lost more games (5) all through the season than both London clubs, and Chelsea were levels on points on the final game week.

The Red Devils won their match against Wigan Athletic, beating them 2-0 at the DW Stadium, courtesy of goals from Ronaldo and veteran Ryan Giggs but Chelsea could only draw against Bolton which sealed the title in United’s favor.

At the end of the season, only 4 points separated the winners- Manchester United and third-placed Arsenal.

A well-publicized rivalry throughout the late nineties and early 21st century between these two English giants set up a perfect finish to this season and it was the Arsene Wenger’s side that eventually came out on top.

Yet again another title decided by only 1 point, Man United were leading the title race by 12 points, though Arsenal had 3 games in hand over them.

The Gunners eventually beat Ferguson’s team 3-2 in a bedazzling encounter at Old Trafford, which proved to be a vital turning point in the season.

From then on, Arsenal went on a title-winning 8 match consecutive win streak and were then crowned Premier League champions.

The purchase of talents such as Alan Shearer, Chris Sutton, and Tim Sherwood were pivotal in their first and only league title to date.

United faced West Ham in their final game where they needed to win in order but were held to a 1-1 draw which gave Rovers the honors despite losing 2-1 to Liverpool.

Blackburn led the table for most part of the season but Manchester United fought for their chances until the last matchday and the loss of Eric Cantona following an 8-month ban for kicking a Crystal Palace fan proved to be decisive in the title run in.

This season will forever be remembered for Man United’s explosive run that saw them win the treble but very few can recall the small margin from which their league victory came.

The gap again a minimal single point, however, the circumstances were much different with two games prior to the end of the season, Arsenal losing 1-0 to Leeds, meanwhile, a 0-0 draw for United against Blackburn meant, heading into the final day of the season, a mere 1 point was the difference between the two sides.

Both teams won their final day fixtures but Manchester United were eventually crowned champions and a couple of weeks later, added both the Champions League and FA cup to that list.