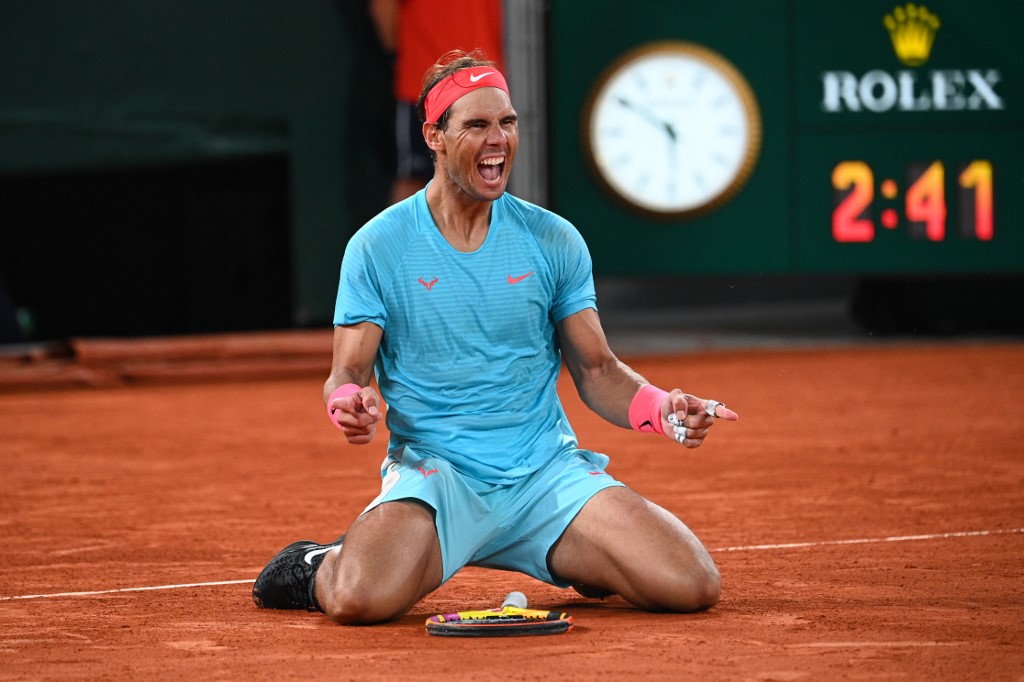 In the women’s category, 19-year-old Iga Swiatek ensured her place in history as Poland’s first major singles champion on Saturday, becoming the ninth woman in 14 tournaments to secure her maiden Slam title.

Here are ten of the best quotes from the 2020 French Open tournament which ended on Sunday:

“It’s not about equalling Roger on 20, for me today it’s just a Roland Garros victory. Roland Garros means everything to me. I spent most of the most important moments of my tennis career here.”

“It’s crazy for me because I watched Rafael Nadal lift the trophy every year and now I’m in the same place.”

“I don’t have vertigo. My idea is carry on as I have and see how far I can go.”

— Argentina’s Nadia Podoroska, the world number 131 who became the first women’s qualifier to reach the last four at Roland Garros

— Quarter-finalist Danielle Collins on using her past experiences as motivation

“It’d be a pity to replace a human with a camera but I don’t see how the umpire could not see it. Unfortunately, she continues at Roland Garros but I do not.”

“She can say whatever she feels like and if I was (faking) then maybe I should take up acting classes.”

“I’m not going to say who is the better. But I can say the most beautiful thing about these three guys is how different are these guys on court and outside the court. They are really different.”

— Diego Schwartzman in response to being asked who was the best out of Nadal, Djokovic and Roger Federer

“Scheduling is absolutely awful. It’s just complete trash. It’s disappointing. I mean you’re in a Grand Slam and I don’t want to sound spoiled, but you expect at least some help from the tournament to help you compete.”

“My gosh, it was very awkward deja vu. I’m actually trying to find the linesperson and see if he’s okay because I saw he had a little bit of a bruise, like redness, in that place in the head where the ball hit him.”

— Djokovic suffered a heart-in-the-mouth moment in the last 16 after unintentionally hitting a ball which smashed into the head of a line judge, just weeks after his US Open default

“To be honest, I warmed up today. I shouldn’t have played. But I was hoping maybe for a three-set win or something like that. I had fever, you know, as well. Yeah, I’m not in the best physical state.”