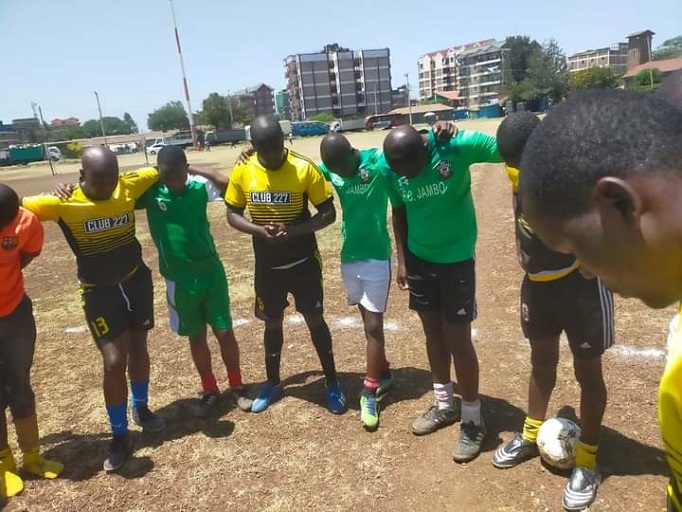 The new Wazee Pamoja League season got underway a fortnight ago and it came with exciting news as three more teams have joined the league.

Last year, leading gaming company SportPesa donated KSHs 870,000 in a newly-formed sponsorship deal to aid with the running of the league, which ordinarily runs from February to November every year.

“The new season is upon us and we are continually grateful to SportPesa for enabling us to be able to run the league and provide this space for our players.

“Last season was a success and we look forward to what this one will bring,” Wazee Pamoja League chairman Bernard Miruka stated.

There are many former professional players who have found a home in the league, with the likes of former Tusker FC and Kenya international Osborne Monday.

Monday plays for Cruz FC who have began the new season with an embarrassing 4-0 defeat at the hands of newcomers Scarlet FC.

“The inclusion of the new teams increases our networking goal, cohesion and this also helps with the brand visibility for our partners.

“There is no doubt that this season will be very competitive and it will be interesting to see whether the teams can better their performance from the previous one,” Miruka added.

The league’s partners SportPesa were on hand to present the winning team with a trophy as well as KSHs 75,000 for their stellar efforts throughout the campaign.

The runners-up Cruz FC played out to a 2-2 draw against Teezers FC on the day and their second-place finish earned them KSHs 50,000, while Tipples received KSHs 25,000.

This is the 16th year that the league has been running, providing a place for retired footballers or just people over the age of 33 to have a space to train, play and network.

“This league helps men with their mental and physical health as it provides a platform for them to just let loose, exercise and network.

Aside from providing a place for people to come together and play with fans from all walks of life in attendance to cheer on their particular teams, the Wazee Pamoja League also does their part in giving back to the community.

“I cannot begin to explain how happy I am that SportPesa has come on board to donate money to help us continue with our league.

“There’s always costs to host teams, referees need to be paid as well as securing the pitches that we need to play our fixtures.

“This will go a long way in keeping the teams afloat and we are forever grateful to them,” Omar Shaban, who plays for Paradiso FC in the league stated.