THEY ARE NOT EVEN 22 YEARS OLD YET! HERE ARE THE TOP 10 YOUNG FOOTBALLERS IN THE GAME. 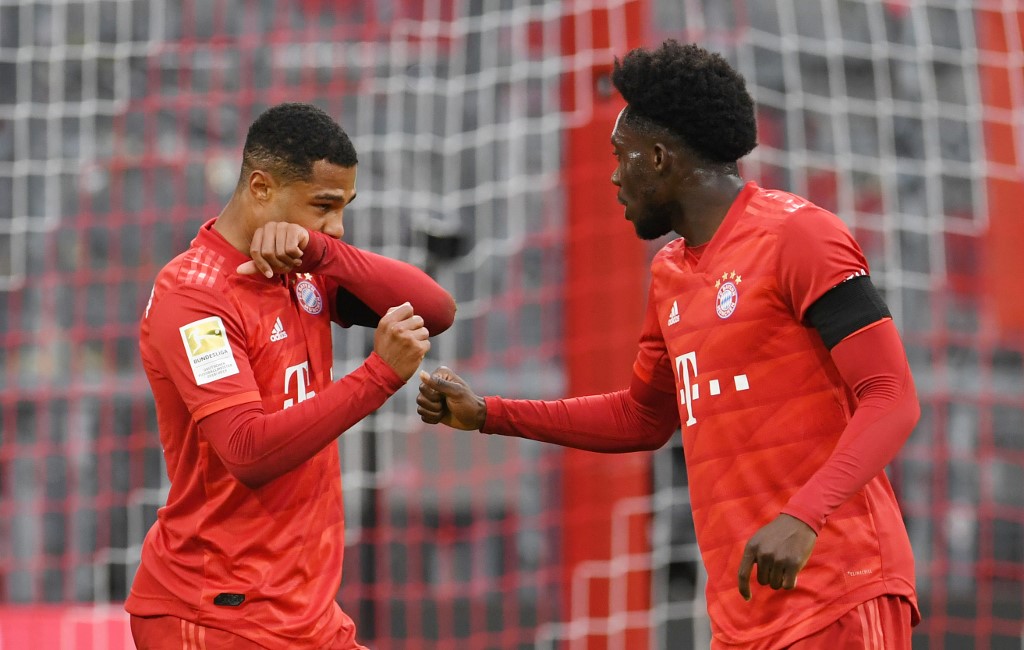 The Canadian left-back made himself a regular in the Bayern starting XI throughout the season and played 90 minutes in the biggest game of his life.

Born to Liberian parents, the speedy defender poses great attacking capabilities as well with well timed crosses into dangerous areas and Bayern beat a host of other clubs who were also interested in signing him.

This German forward has proved this season that he can be on of Europe’s best finishers, bagging 12 goals and assisting 6 during the Bundesliga campaign.

Havertz plays as a central attacking midfielder or on the right wing and his composure and eye for goal command a level of respect.

It’s no wonder that Chelsea are ready to splash close to £80 million to lure the 21-year old to Stamford Bridge.

The American came to Chelsea with a point to prove and he did just that, coming through for Frank Lampard’s side when they needed him most.

Brought in as sort of a replacement for the departing Eden Hazard, Pulisic had huge shoes to fill and 9 goals plus 4 assists in his debut season was not a bad show at all.

A brilliantly taken solo goal against Manchester City in a 2-1 win was the most memorable of his goals in the 2019/20 season.

The Portuguese sensation has been surrounded with lots of expectation since he joined Atleti from Benfica last season.

Though he has had an injury-plagued season that saw him miss a few matches, he managed 12 goals in all competitions and remains one of the brightest prospects for the future.

He has received heaps of praise from his countryman Cristiano Ronaldo who is quoted saying, “He’s such a great talent. The future is bright for the kid.”

This pair is one to watch for years to come if the club manages to hold on to both of them.

Hakimi’s blistering pace and attacking prowess has been perfect for his new forward and teammate Haaland, making the most, scoring 13 times in 15 games.

Aside from assisting 10 goals throughout the season, Hakimi also scored 5 of his own to help his side to a second-place finish.

Haaland became the third-youngest player to score a Champions League hat-trick, showing his intent to become one of the best strikers in the game.

Ole Gunnar Solskjaer has shown plenty of faith in the teenage Greenwood and it has been paid off by a string of fantastic performances.

He featured in 31 league games and scored 10 times, a new personal best for him and there is no doubt that the young lad is going places.

His confidence on the ball, ability to take on defenders and his lack of a weak foot makes it almost impossible for defenders to deal with and he will only get better as he continues to get experience.

After three great seasons with Ajax, the hype around the young defender was through the roof and Juventus were the lucky outfit who managed to sign him.

His first full season with the Turin club has been a rather successful one, winning his first Serie A title despite misery on the European scene.

De Ligt has cemented his place in the starting XI and managed to score 4 goals from the 29 that he was involved in.

What’s not there to say about this young English right-back? I mean, arguably the best in the game right now.

Trent can pick out a pass from anywhere, even when it’s normal to have nerves- he never shows any. He has matured into a consistent and efficient defender and his attacking threat as well is unmatched.

He had an outstanding season with Liverpool, winning their first Premier League title and contributing 4 goals and an incredible 13 assists!

His exploits throughout the season saw him win the English Premier League Young Player of the Year award. It’s only up from here for the 21-year old.

The youngest-ever league goalscorer for Barcelona and also the youngest to score a La Liga double, there is no doubt that Fati is destined for greatness.

His first full season with Barcelona did not yield a trophy but his 7 league goals and his other in the Champions League is motivation for the teenager.

With idols such as Lionel Messi with him in training and on the pitch, the 17-year old can be moulded into one of the finest attackers in the game.