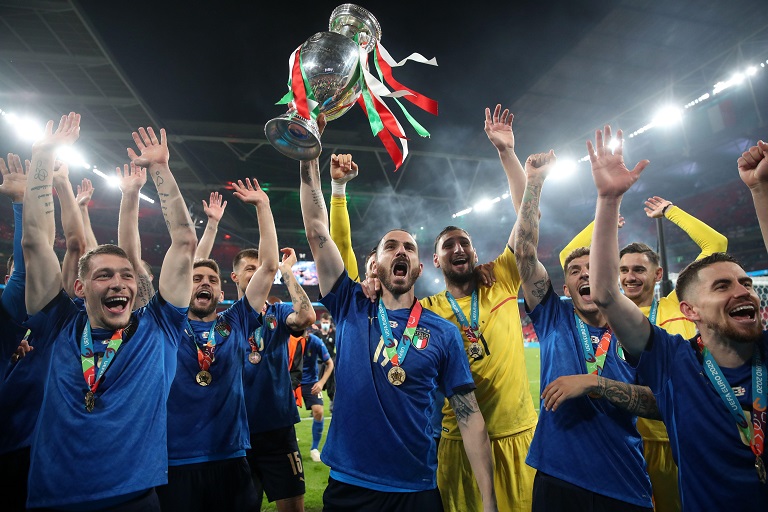 England’s 55-year hunt for an international title has to be put on hold after they lost 3-2 on penalties to Italy in the Euro 2020 final at Wembley.

It seemed as though this would be the year that they finally break their duck but penalty misses by Marcus Rashford, Jadon Sancho and Bukayo Saka proved to be their downfall.

The tearful 19-year-old Saka, who showed such courage to step forward, was consoled by his team-mates and manager, but there was no real consolation for them or the expectant fans packed into Wembley.

England got off to the perfect start in front of 67,000 fans in the stadium with a second minute Luke Shaw goal, the fastest at any Euro finals.

Bonucci and his defensive partner Giorgio Chiellini set an admirable milestone – not losing a game they have started together for Italy since 2015.

It was the first final to be decided on penalties since Czechoslovakia beat West Germany in 1976 and will be wildly celebrated in Italy after they lost in the final in 2000 and 2012.

Despite the defeat, there are some positives to pick for England after Gareth Southgate guided them to their first final since 1966.

With such a young average age at the finals, there is plenty to be hopeful about with such a host of young talents in the squad.

“They should hold their heads high. They have given absolutely everything and I’m very proud of them,” England Manager Gareth Southgate said of his players.