SWITZERLAND, GHANA BATTLE IT OUT IN FINAL FRIENDLY AHEAD OF WORLD CUP. PREDICTION 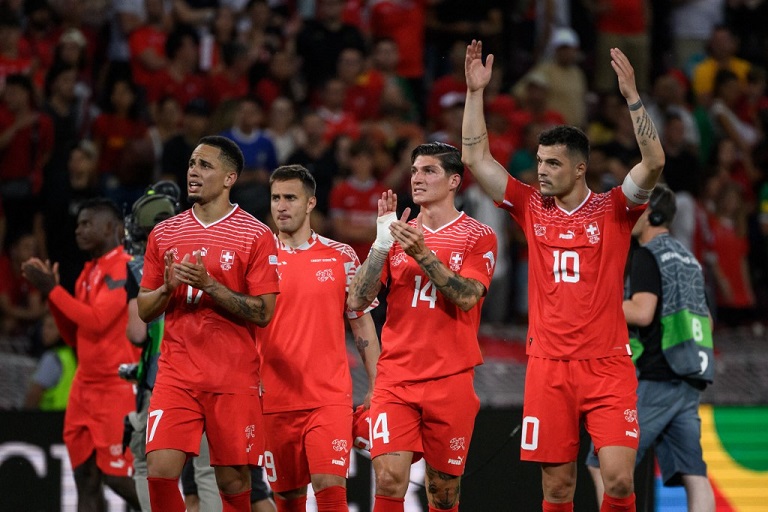 Two Qatar 2022 FIFA World Cup bound teams Switzerland and Ghana will battle it out in their final matches before the tournament kicks off.

Switzerland will feature in Group G with Brazil, Serbia and African hopefuls Cameroon.

The Ghanaians are in Group H alongside Cristiano Ronaldo’s Portugal, Uruguay and South Korea.

Ghana come into this game on the back of a 1-0 win over Marco Antonio Figueroa’s Nicaragua in their most recent game.

The Swiss beat Czech Republic 2-1 in their most recent fixture courtesy of goals from Remo Freuler and Breel Embolo.

Switzerland look a much better side than in recent history and many are calling them dark horses of the tournament and have a stronger side for this year’s tournament.

Arsenal midfielder Granit Xhaka has been improved and already has 6 goal contributions for the English Premier League leaders.

The Black Stars missed out on the 2018 edition in Russia, while Switzerland were knocked out in the round of 16 after a 1-0 defeat to Sweden.

Who will go into the FIFA World Cup with a win? Click here to make your predictions for the encounter.

What time does Switzerland vs Ghana start?

The game kicks off at 1pm Kenyan time at the Al-Nahyan Stadium.

Veteran goalkeeper Jan Sommer will start in goal for the Swiss, with Manchester City defender Manuel Akanji the key factor in the back line.

Xhaka will command the midfield alongside Freuler and Djibril Sow as well.

For the Ghanaians, Tariq Lamptey and Baba Rahman are set to be a key part of the starting XI in the defense.

Jeffrey Schlupp, Felix Afena-Gyan, Emmanuel Gyasi and Ransford-Yeboah Konigsdorffer were all left out of the squad.

Switzerland vs Ghana head to head

This will be the first competitive fixture between these two teams.

Both teams have an identical record coming into this game, winning 3 and losing twice in their recent run of 5 games.

With both teams on a mission to seek out their starting XI for the tournament, goals are expected from both teams and a draw could be the most likely outcome.