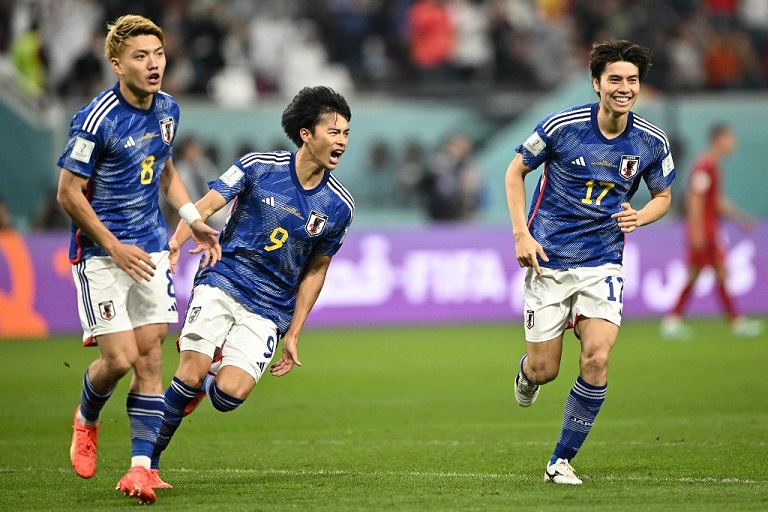 Japan have been by far the surprise package at the Qatar 2022 FIFA World Cup and now battle it out against Croatia in the last 16 on Tuesday evening.

Japan have stunned the world by beating 2010 champions Spain and 2014 champions Germany to finish top of Group E.

In their final group game, the Japanese came from behind to stun Spain 2-1, bouncing back from their shock 1-0 defeat to lowly Costa Rica.

Meanwhile, Croatia finished second in Group F behind Morocco after two barren draws and just the one win in the group, a 4-1 victory against Canada.

Despite conceding just once so far, Croatia have already failed to score in as many games at this World Cup as they had done in their previous 13 matches.

However, they come into the last-16 clash on a nine-game unbeaten run across and have progressed from both of their previous ties at this stage of the competition.

Three of Croatia’s last four World Cup knockout games have gone to extra time and they fell behind on each of those three occasions before eventually winning.

Japan are seeking to book a place in the quarterfinals of the World Cup for the first time in their history and will be confident after a brilliant run so far.

The winner of the game will secure progress to the quarterfinals, where either Brazil or South Korea will lie in wait.

Click here to play and make your predictions for this clash.

What time does Japan vs Croatia start?

Defender Ko Itakura pick up his second yellow card of the World Cup in the win over Spain, so Arsenal’s Takehiro Tomiyasu should start.

Takefusa Kubo is a concern after a muscle strain but he may be able to shake it off before the game to start as well.

If he cannot pass the fitness test, Daichi Kamada is ready and available to lead the attacking line.

For Zlatko Dalic’s side, defenders Borna Sosa and Josip Stanisic are both doubts for the knockout clash.

Bruno Petkovic, Mislav Orsic, Nikola Vlasic and Mario Pasalic are all battling it out for a chance to feature in the Croatian attack.

Veterans Luka Modric and Dejan Lovren are at risk of missing the next round should they qualify if they are booked here but will both start.

Japan vs Croatia head to head

Since a 4-3 loss in their first meeting with Japan 25 years ago, Croatia have since beaten them at the 1998 World Cup before playing out a barren draw in the 2006 edition.

The Japanese have won 3 and lost two of their last 5 matches across all competitions, but have a shaky defense, conceding in all but one of those games.

Their opponents are unbeaten in that run, winning three times and sharing the spoils in the remaining two.

It is highly unlikely that this will be a high-scoring game but Croatia’s defence and experience should be enough to enable them to pip their opponents and register a narrow win on the day.