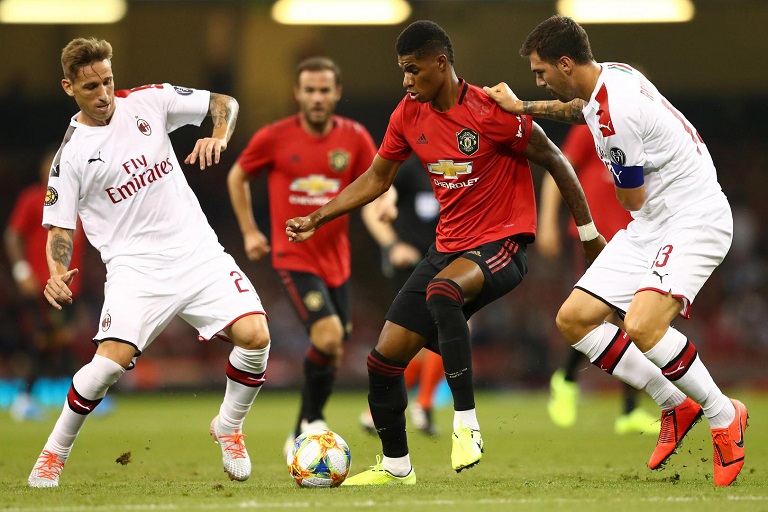 Manchester United are undoubtedly the favorites to lift the UEFA Europa League trophy this season but they will have to get past Spanish outfit Granada in their quarterfinal first leg.

The surprise package dumped Swedish side Molde out of the tournament to advance to the last eight after a 3-2 aggregate score, whereas Man United overcame AC Milan 2-1 on aggregate in the last 16.

Molde managed to win the second leg 2-1, but the damage was done in the first leg and the away goal scored by Roberto Soldado made their debut on the continental stage an unforgettable one.

However, it looks like the wheels could be coming off their season – Granada have lost their last three matches amd will need to be on top form against a United side who are unbeaten in their last six encounters.

Man United have reached the quarters of a major European competition for the 27th time, progressing from 17 of the previous 26. They are winless in the first leg of each of their last three two-legged quarter final matches in Europe

Ahead of the Thursday night showdown, here is all you need to know if you are looking to pick a winner on the night.

What time does Granada vs Man United start?

The game kicks off at 10pm at the Nuevo Estadio de Los Cármenes.

There is a major injury issue in the heart of the Granada defense as the trio of Dimitri Foulquier, Carlos Neva and Quini are all doubts for the match.

Their problems defensively are the main issue as up front, the duo of former English Premier League players Soldado and Kenedy are set to start for the hosts.

For the visitors, Anthony Martial and Eric Bailly are the confirmed absentees, with the latter testing positive for the coroanvirus whilst the Frenchman suffered a potentially season-ending knee injury.

Marcus Rashford came off injured against Brighton on the weekend but traveled with the squad, though Daniel James is tipped to start on the flank for United.

Granada and Man United have never locked horns before, but Solskjaer’s side have scored five and conceded a grand total of zero goals in their two Europa League matches away from home this season.

The hosts come into the game on the back of three straight defeats, compared to Man United’s unblemished streak that has seen them win 4 times and draw only two from their last six matches.

United are on a stellar run of form and with their admirable record against Spanish opposition, they are tipped to edge their opponents on the night.

Though Granada are enjoying a great debut on this stage and the home advantage could make it a difficult one for the visitors. The most likely outcome could be both teams to score.