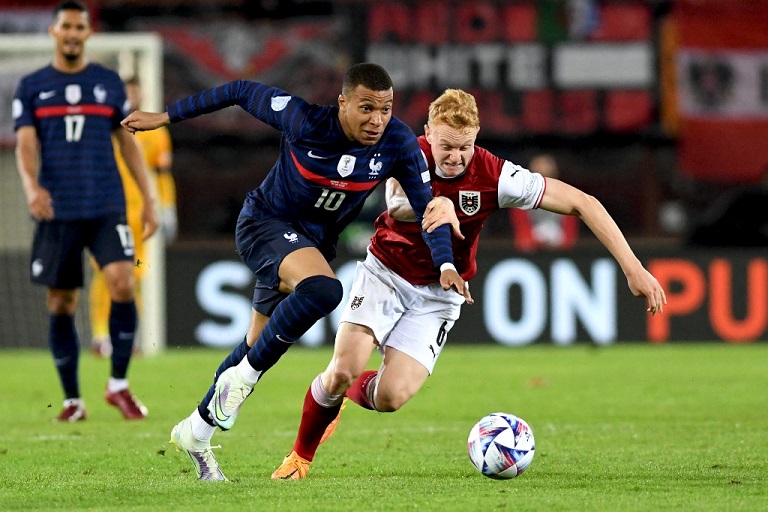 World Cup winners France are struggling in the UEFA Nations League and they host Austria in a must win match on Thursday.

France are at the bottom of League A: Group 1 with 2 points and are still yet to register a win after 4 games.

Austria on the other hand have only won once and are in 3rd place with 4 points ahead of this important clash.

The reverse fixture in June ended in a 1-1 draw after goals by Andreas Weimann and a Kylian Mbappe equalizer.

The world champions need to find their winning formula as they continue preparations for their title defense at the Qatar 2022 World Cup.

Austria failed to qualify for the championships and will give them a run for their money on the night.

Will France get their first win of the competition here? Click here to make your predictions.

What time does France vs Austria start?

The game kicks off at 9:45pm Kenyan time at the Stade de France.

Team captain Hugo Lloris withdrew from the squad with an injury as well as Theo Hernandez but Nantes goalkeeper Alban Lafont has been called up.

Aston Villa’s Lucas Digne is also in the squad and will start in place of injured Adrien Rabiot.

Aurelien Tchouameni will start as well while Ngolo Kante continues to recover from an injury.

Kylian Mbappe will lead the attacking line while Karim Benzema remains out injured.

For the visitors, Patrick Wimmer and Marcel Sabitzer are the key players in midfield to offer support to Weimann up front.

France vs Austria head to head

These two nations have gone up against each other 4 times before; France winning twice compared to Austria’s one victory.

Both sides have an identical record in their last 5 games – only 1 win and 2 defeats in that run.

The pressure on the hosts is mounting and with the home advantage, they are expected to get their first win in the competition.