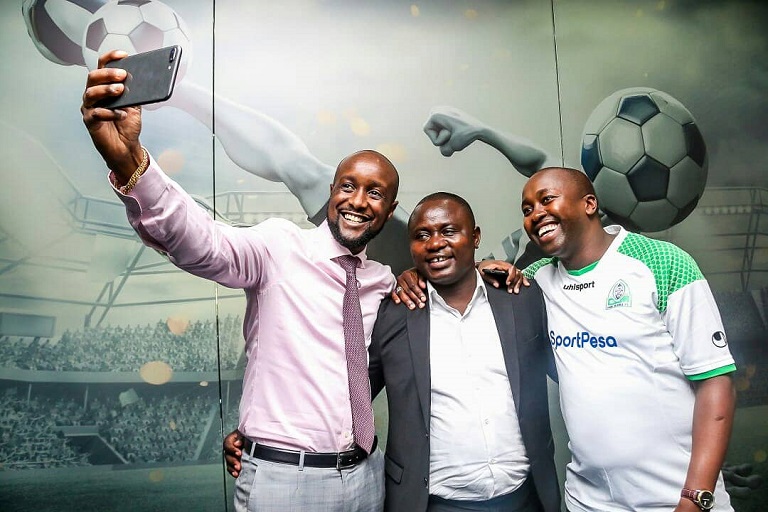 Many had not heard of Cosmas Korir before he became the third winner of SportPesa’s Mega Jackpot slightly over two and a half years ago.

The former parliamentary seat aspirant in Konoin Constituency met up with SportPesa’s blog in Eldoret last weekend and spoke about what he has been up to.

“The jackpot has helped me do a lot of things, like owning this establishment that we are sitting in right now.

“My wife and a handful of other employees now have full-time jobs in this resort and it makes me happy that I can provide such an opportunity to people,” Korir began.

He acquired a run-down facility in Eldoret and has spent time and money renovating it since he chose to purchase it.

Located in a lush area of Eldoret, it is now a fully-functioning resort with accommodation facilities, a restaurant, conference rooms and a swimming pool used by members of the community.

“I love to come here and see people from around the area enjoying a swim and some food over the weekends.

“It warms my heart knowing this is available to them and none of this would be possible if it wasn’t for the money I won courtesy of SportPesa.

Strikingly, the resort used to belong to former President of Kenya, the late Daniel Toroitich Arap Moi before Korir was blessed enough to acquire the place.

During the tour, Korir showed the bedroom where the former President Moi used to sleep whenever he was in the area.

The Gor Mahia fan has also acquired plots of land both in Bomet and Litein, where he has built houses from which he collects rent.

After he won the mega jackpot, Korir was quoted saying how he plans to remain rich and has since kicked off projects in a bid to fulfil his promise to himself.

And it does not stop there, in Eldoret as well he is still in the process of building yet another residential complex that will serve the community for years to come.

“Without the jackpot money, so many things in my life would not have been possible and I’m forever grateful.

“I have a construction company and I have helped build some roads here and there. That’s what takes up most of my time,” he explained.

After Korir, Gordon Paul Ogada broke the previous record of the highest amount won in a football jackpot in the country after winning SportPesa’s Mega Jackpot amounting to KSh 230,742,881.

“I still continue to try to win the mega jackpot and even now I have an active slip running.

“Lately I have seen that majority of the recent winners have been Kamba’s but I will not stop, you never know what could happen,” he chuckled.

As we walked through his establishment, getting a lay of the land, Korir had something to say on people playing responsibly and are wise on spending.

“I play responsibly and urge everyone to do so as well.

“As long as you know how to use money then no matter how much it is, you will be wise enough to invest in things that will serve your future,” Korir concluded.