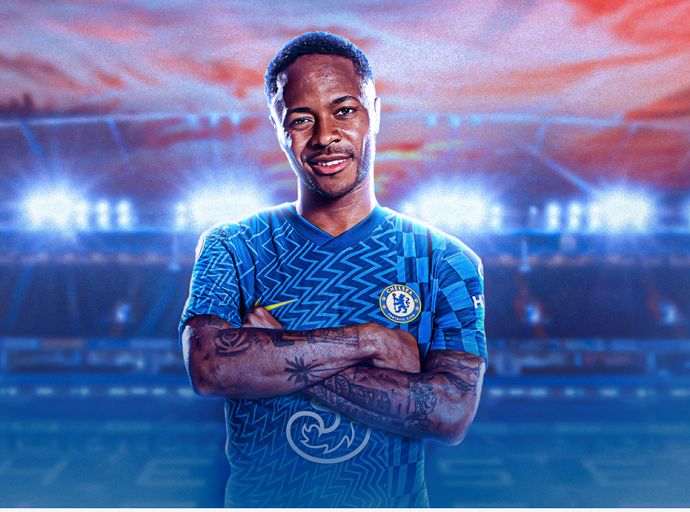 With the pre-season getting underway, top teams in Europe continue to bolster their squads by acquiring new signings to aid in the upcoming new season.

The English Premier League will have their official transfer window open until Thursday, September 1.

All eyes are undoubtedly on the transfer window as teams and fans alike look to see what kind of improvements can be made to their squads ahead of the new season.

In the previous transfer talk article we saw the likes of Erling Braut Haaland who joined Manchester City from Dortmund and Liverpool’s new forward Darwin Nunez.

Up until now, there have been a couple more major signings to particular clubs and here SportPesa News has a look at the top 5 latest confirmed ones.

Thomas Tuchel’s side announced the signing of Raheem Sterling from EPL rivals City in a £47.5 million deal rising to £50m with add-ons.

The England international joins the Blues after seven successful seasons at the Etihad where he won 5 league titles.

The 27-year old scored 131 goals in 339 appearances for City since signing from Liverpool for an initial £44m.

He also won an FA Cup title and four League Cup titles during his time at the Etihad, as well as a Champions League final defeat to Chelsea in 2021.

On the international stage, Sterling has become a regular for Gareth Southgate with 77 England caps and 19 goals, including three at Euro 2020.

Following the expiry of his contract at Manchester United, Paul Pogba rejoined Juventus for free this summer.

The 29-year-old France midfielder won Serie A four times with the Italian giants before a then world-record £89m transfer to United in 2016.

Pogba, who joined the United academy from Le Havre as a 16-year-old in 2009, helped the Red Devils win the EFL Cup and Europa League in his first season back at the club

He scored 16 goals for United in the 2018-19 campaign, but over the past three seasons found the net eight times in 91 appearances, with one from 27 last term.

Juventus got yet another boost to their squad after confirming the arrival of Angel Di Maria from PSG for free.

The 34-year-old has dropped into a free agent pool this summer after reaching the end of his contract at Paris Saint-Germain, heading to Turin in a one-year deal.

The Argentina international scored five goals and provided nine assists in 31 competitive games for PSG during the 2021-22 season.

In total, he scored 93 goals for the Paris club, and managed 119 assists.

Di Maria won the Liga title and Champions League crown during his time at Santiago Bernabeu, but made a surprising move to Manchester United for £59.7m ($73m) in the summer of 2014.

Following the departure of Haaland, Dortmund were desperate to find a replacement and a perfect one came in the form of Sebastien Haller.

Haller joins Dortmund in a four-year contract, and Ajax will receive €31 million ($31.5 million) for the forward.

Between 2017 and 2019, Haller scored 24 goals and 13 assists in 60 Bundesliga games for Eintracht Frankfurt. The 28-year-old also helped the Eagles reach the Europa League’s semifinal in 2019.

He finished the 2021/22 Eredivisie season as top scorer with 21 goals, and ended up third in the UEFA Champions League charts behind Karim Benzema (15) and Robert Lewandowski (13).

Eventually Haller would score 47 goals and 16 assists in 65 games for the Eredivisie record champions.

Arsenal completed the signing of forward Gabriel Jesus from Manchester City for £45m on a long-term deal, making him their fourth summer signing.

Jesus, who will wear the number nine shirt for the Gunners, leaves City after five-and-a-half years.

He made 236 appearances and scored 95 goals for them, winning four Premier League titles, three League Cups and the FA Cup.