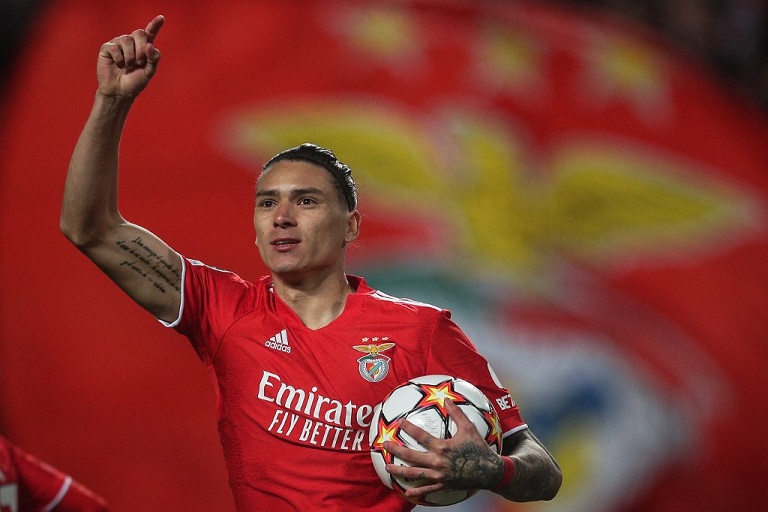 Following the conclusion of Europe’s top leagues football season, all eyes are on the transfer window as clubs across the globe look to boost their squads ahead of the 2022/23 season.

The English Premier League will have their official transfer window open until Thursday, September 1.

Barely a month after the top leagues concluded, a couple of top teams have already confirmed deadly signings and there is still ample time for plenty more to change.

Kylian Mbappe’s expected move to the wealthiest club on the planet, Real Madrid, was highly anticipated until the Frenchman decided to stay at PSG.

We have seen players leave clubs after many years of service such as Marcelo who has left Madrid after 15 years with the club. He leaves as the most decorated player.

Another veteran in Luka Modric’s contract was also up but he signed a one-year extension that will see him stay at the Santiago Bernabeau until 2023.

Other notable names have moved for free such as Alexandre Lacazette who returns to Lyon from Arsenal and Nemanja Matic who left Manchester United to sign for Jose Mourinho’s Roma.

However, there are still a couple that have made headlines and SportPesa News has an in-depth look at the top 5 signings that have already been confirmed.

Liverpool literally broke the bank on this signings as the reds lured the Uruguay international to Anfield for a club record transfer fee of £85m.

Nunez signed a six-year deal with Liverpool after scoring 34 goals for Benfica in all competitions last season.

The 22-year old brings with him loads of promise and with the pending exit of Sadio Mane, he is deemed as the perfect replacement in that deadly Liverpool front three.

Darwin will wear the No 27 shirt at Anfield, which was vacated by Divock Origi this summer.

Nunez is not an English speaker but the club believe there are enough Brazilian and Portuguese-speaking players and staff to help Nunez settle in.

There is no doubt that Haaland was top of so many lists but it was English champions Manchester City who bagged him in a deal worth  £51m.

Including the 21-year-old’s release clause and expect to pay £85.5m in total when agent fees, signing bonus and other costs are taken into account.

Haaland scored 86 goals in 89 matches for Dortmund since joining from RB Salzburg in January 2020.

“This is a proud day for me and my family,” the Norwegian international stated after signing a five-year deal with Pep Guardiola’s side.

He is proving to be one of the most lethal forwards in the game currently and all eyes are on him to see if he can continue his goal-scoring exploits in the English top flight.

The fee for the 22-year-old midfield sensation is believed to be €80m plus €20m in add-ons and contract talks have concluded.

The France international, who was the subject of interest from Liverpool and Paris Saint-Germain, signed a six-year contract with the record UEFA Champions League winners.

Tchouameni made 46 appearances for Monaco last season in all competitions as they went on to secure a third-placed finish in Ligue 1, scoring three goals and contributing two assists.

He has accumulated 10 national team caps since making his international debut as a second half substitute against Bosnia and Herzegovina on September 1 last year.

Chiellini is regarded as one of the best center backs in football history and joins LA FC for free after a stellar 17-year career at Juventus.

The 37-year old veteran won nine consecutive Serie A titles from 2011-2020 and was named a three-time Serie A Defender of The Year.

“I felt very strongly about this new chapter in my career, and I am grateful to LAFC for this opportunity.

“I’m thankful for all my years with Juventus and I’m looking forward to winning many more trophies in Los Angeles,” Chiellini stated.

In addition, he’s played 117 times for Italy, helping lead the Azzurri to the 2020 European Championship where he was recognized as the Defender of the Tournament.

He’s played in the 2010 and 2014 FIFA World Cups and will undoubtedly bring an insurmountable amount of experience to the side.

Antonio Conte’s rebuild of Tottenham was further boosted by the signing of dynamic midfielder Yves Bissouma from Brighton for an initial £25m with £10m in add-ons.

He is set to become the third signing to join the London club after the signings of Ivan Perisic from Inter and goalkeeper Fraser Forster.

Bissouma was arrested last October under suspicion of sexual assault but was released under police investigation with the outcome still pending.

The Mali international has been on Spurs’ radar since he played for Lille and he joins after making 124 appearances for Brighton, scoring three times in the process.

Tottenham will start their 2022/23 Premier League campaign at home to Southampton on August 6 followed by a trip to London rivals Chelsea on August 13.