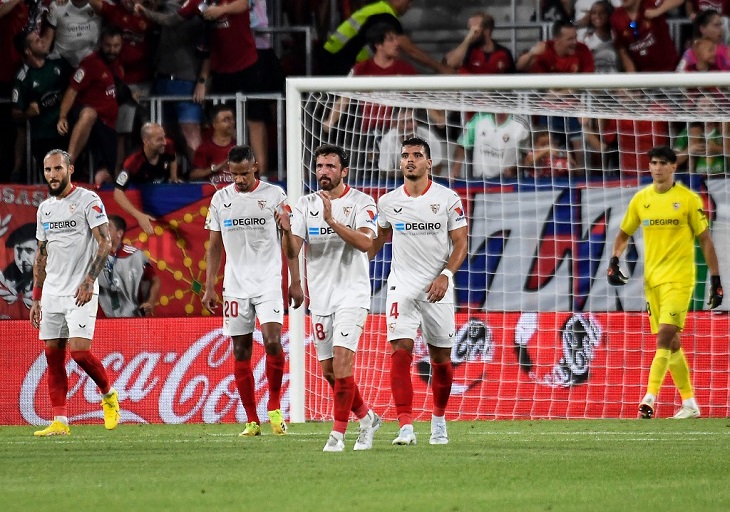 Sevilla are on the quest to register points in the new La Liga season when they host newcomers Real Valladolid on Friday.

Sevilla lost 2-1 to Osasuna in their league opener last week, whilst Valladolid received a baptism of fire in a 3-0 defeat to Villarreal.

Valladolid are rooted to the bottom of the table and need something short of a miracle to change that.

The last three games between these two teams have ended in 1-1 draws and that should offer some hope to the visitors.

The hosts recently completed the signing of Real Madrid star Isco and he is raring to make an impact in front of his home support.

This will be an interesting match-up and you can play here to make your predictions for the clash.

What time does Sevilla vs Valladolid start?

The game kicks off at 11pm Kenyan time at the Ramon Sanchez Pizjuan Stadium.

Suso and Marcao remain sidelined for the home team with injuries and Isco’s fitness levels will be confirmed.

Ivan Rakitic and Youssef En-Nesyri came off the bench last time out and are both expected to start this Friday.

Jesus Corona could retain his place in the starting XI despite competition from Erik Lamela.

Shon Weismann has a hamstring injury and will not feature for the visitors, as well as Anuar Mohamed Tuhami.

Sevilla vs Valladolid head to head

From 24 matches, Sevilla have won 8 times compared to Valladolid’s 6 victories. The remaining 10 have ended in a draw, including their last 3 encounters.

The hosts have lost three times and won twice in their last 5 matches, whilst Valladolid have only managed one victory in that run and three draws.

After suffering an opening day defeat, Sevilla have a point to prove and it is unlikely that the newbies will trouble them. A narrow home win is the most probable outcome.

One thought on “WILL SEVILLA BOUNCE BACK IN VALLADOLID LA LIGA HOME GAME? PREDICTION”