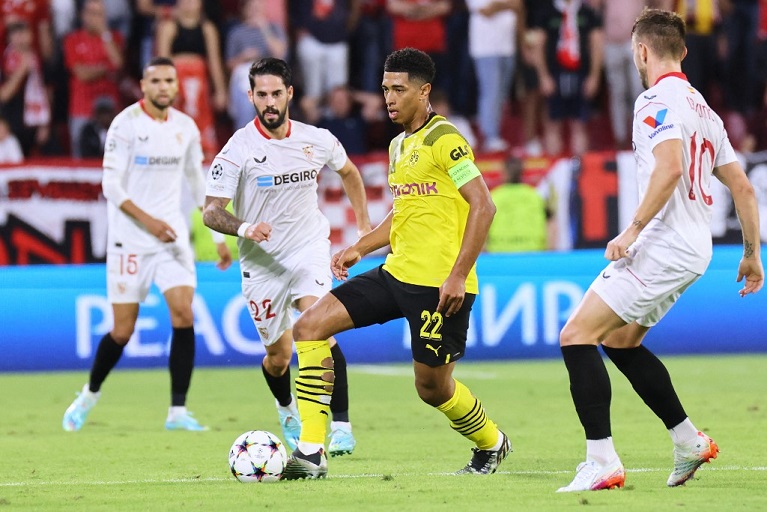 Sevilla have an uphill task away at Borussia Dortmund if they are to avoid an early UEFA Champions League exit.

The Spanish outfit remain without a win after 3 games and were humiliated 4-1 at home by Dortmund last week.

Dortmund will guarantee qualification with a win on Tuesday as they sit in second place with 6 points, 3 behind leaders Man City.

Sevilla sacked Julen Lopetegui after the defeat to Dortmund and replaced him with Jorge Sampaoli, who had previously managed the club from 2016 to 2017.

Sevilla have been dismal both domestically and in Europe this season, but remain favourites to qualify for the Europa League ahead of FC Copenhagen.

Dortmund are coming off an enthralling 2-2 draw against German rivals Bayern Munich and will be full of confidence ahead of the tie.

Will Sevilla get revenge and keep their knockout stage hopes alive?

Make your predictions here for this encounter.

What time does Dortmund vs Sevilla start?

The game kicks off at 10pm Kenyan time at the Signal Iduna Park.

Mats Hummels and Marius Wolf are both back and are available for selection.

Other than that, the team is likely to remain unchanged from last weeks victory.

For the visitors, Karim Rekik and Tecatito remain sidelined while Oliver Torres is ineligible to play.

Youssef En-Nesyri has been impressive off the bench and may get a place in the starting XI as well as Kasper Dolberg.

Dortmund vs Sevilla head to head

From 5 matches played between the two sides, Dortmund have won twice and the same number of games have resulted in a draw.

The hosts have 2 wins and 2 losses in their last 5 games, whilst Sevilla have not won a single game in that run – losing twice as well.

It is highly unlikely that the visitors can cause an upset here and Dortmund are tipped as favorites to win again.