SERIE A HEATS UP WITH AC MILAN VS INTER DERBY THIS SATURDAY. PREDICTION 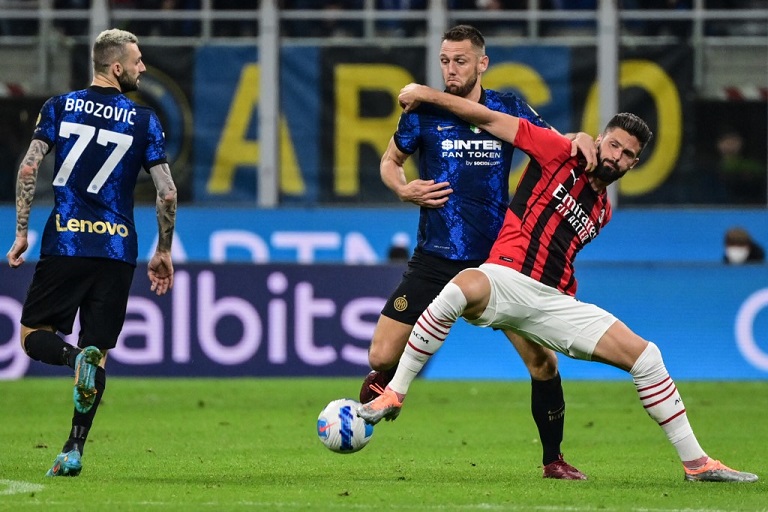 Unbeaten AC Milan have a huge task on their hands to keep it that way when they host Inter in the Derby della Madonnina.

The Scudetto holders Milan are in sixth place with 8 points after a barren draw with Sassuolo last time out.

Inter on the other hand are coming off a 3-1 win against Cremonense and are in third, a point behind leaders Atalanta and Roma.

The hosts remain unbeaten in each of their last 20 league outings, picking up an impressive 13 wins in the process.

Milan have failed to win any of their last six Serie A clashes with Inter as ‘hosts’ at the Meazza, since a 3-0 victory in January 2016.

Inter have scored in each of their last 16 outings, giving this the potential to be a thrilling encounter.

What time does Milan vs Inter start?

Zlatan Ibrahimovic remains sidelined through injury and there also concerns regarding Ante Rebic and Rade Krunic.

Rafael Leao and Brahim Diaz are set to retain their starting role in support of forward Olivier Giroud.

Alessandro Florenzi came off with a muscular injury in midweek and is expected to be out for a number of weeks.

For the visitors, they will be without star forward Romelu Lukaku but Lautaro Martinez is ready to lead the attacking line.

Edin Dzeko is also likely to start over the weekend to offer more attacking options up front.

Milan vs Inter head to head

There is nothing separating these two when it comes to wins, with both teams winning 24 times from the 61 games.

The home team are unbeaten in their last 5 games and have only dropped points in two games while Inter have lost twice in that run and won the remaining three games.

This game has the potential to be a crazy fixture and the derby always brings with it loads of anticipation. Though, the visitors could pull off a shock away win.