SENEGAL TAKE ON ECUADOR LOOKING TO BE FIRST AFRICAN TEAM IN THE LAST 16. PREDICTION 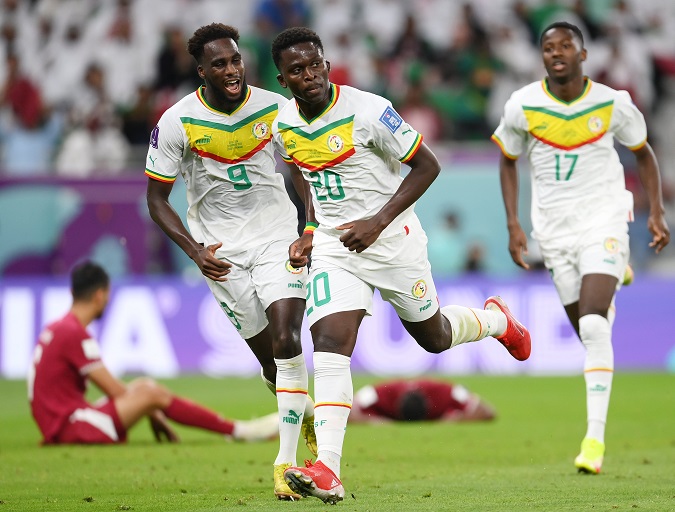 Senegal will feel as though they are bearing the hopes of the entire continent when they take on Ecuador in their final Group A game on Tuesday.

The Lions of Teranga are full of confidence after an impressive performance last time out that saw them knock hosts Qatar out of the World Cup.

Senegal ran out 3-1 winners in that game courtesy of goals from Boulaye Dia, Famara Diedhiou and Bamba Dieng’.

Meanwhile, Ecuador battled to a 1-1 draw against Netherlands to leave them in second place with 4 points, one more than Senegal.

If Ecuador win, they will qualify for the knockout round of the tournament and could finish as Group A winners if they better the Netherlands result.

Their captain and talisman Enner Valencia is the tournament’s goal scorer with 3 goals and will be the focal point of the South American’s attack.

Ecuador have never faced an African team at the FIFA World Cup, while Senegal are winless in their two games against South American opponents.

Ecuador have picked up two wins in their last four FIFA World Cup games while Senegal have just one win to their name in that period.

Which of these teams will be victorious and book a place in the knockout round of the competition?

Click here to make your predictions for the highly anticipated clash.

What time does Senegal vs Ecuador start?

The game kicks off at 6pm Kenyan time at the Khalifa International Stadium.

Kalidou Koulibaly and Abdou Diallo are the guaranteed pair to start in the heart of the defense as Senegal have a full squad to choose from.

Dia and Diedhiou will both retain their spots in the final third after bagging goals against Qatar as Ismaila Sarr and Krepin Diatta flank the strikers.

Aliou Cisse is not expected to make any changes to the side that beat Qatar.

Ecuador on the other hand are expected to field their strongest available XI led by Valencia up front, but he will be assessed after being stretchered off against the Dutch.

The rest of the team will remain unchanged as Jeremy Sarmiento or Kevin Rodriguez replacing Valencia in the event he is not available.

Senegal vs Ecuador head to head

There has only ever been one game played between these nations and the African side beat Ecuador 1-0, back in 2002.

The African side are on a poorer run of form than their opponents, winning twice and losing twice in their most recent run of five matches.

Ecuador on the other hand are unbeaten in that run but have only managed one win.

There have been under 2.5 goals scored in Ecuador’s last three games in the World Cup, while Senegal have seen over 2.5 goals in three of their last five games.

This may make for goals in this game but a draw could be the most likely outcome.