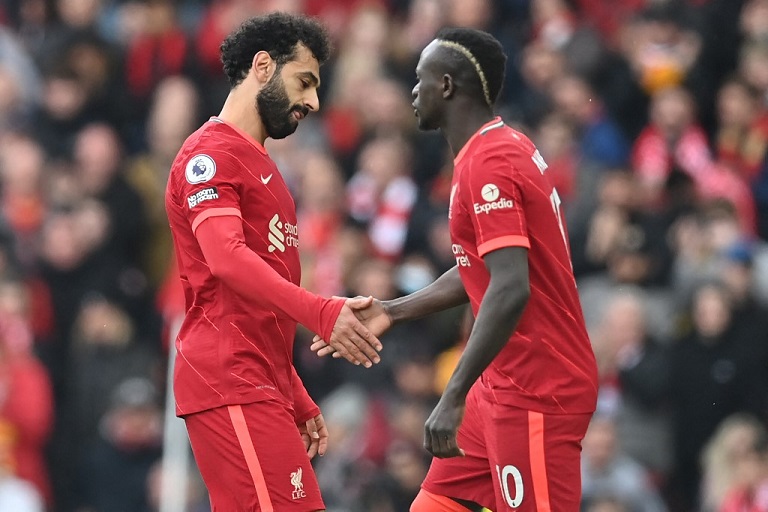 A week after the top two teams in the English top flight faced off in a league encounter, focus switches to the FA Cup semifinals.

Manchester City and Liverpool played out to a pulsating 2-2 draw at the Etihad a week ago but this Saturday there has to be a winner.

Both teams are fresh off booking their spots in the UEFA Champions League semifinals in midweek.

City beat Atletico Madrid 1-0 on aggregate after a barren second leg in Spain.

Liverpool on the other hand were held to a thrilling 3-3 draw by Benfica but their 3-1 first leg win gave them the edge.

The winner of this tie will face either Chelsea or Crystal Palace, who square off in the other semi on Sunday.

Play here to make your predictions for this encounter.

The game kicks off at 5:30pm Kenyan time at Wembley.

Kyle Walker and Kevin De Bruyne fell victim of ankle injuries at the Wanda Metropolitano and will not feature for City.

Phil Foden got a slight knock but may be fit enough to at least start on the bench.

Gabriel Jesus returns from suspension and will be supported by Riyad Mahrez and Jack Grealish.

For the visitors, Diogo Jota’s knock is the only main concern for Jurgen Klopp’s side meaning Luis Diaz will start.

Besides that, Klopp is set to name his strongest XI for a place in the final.

The remaining 9 have resulted in a stalemate.

Both teams are unbeaten in their last five matches, both winning three times and sharing the spoils in the remaining two.

Despite there not being anything to differentiate these sides in terms of form, Liverpool are tipped to come out on top in this encounter.