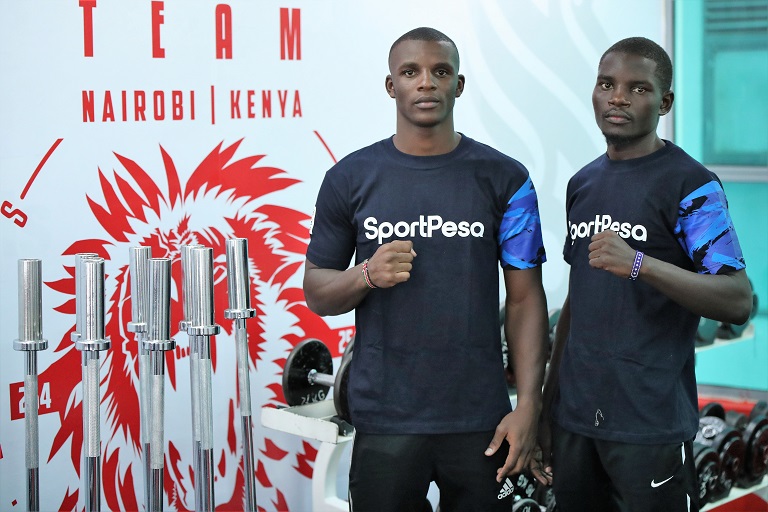 Martin Achebi, the current WBC African Muay Thai champion, is reeling at the opportunity to defend his title at the upcoming Fight Night in Nairobi.

Achebi won the title on October 9 last year when he beat an Ivorian in Abidjan to become the first Kenyan to win the title at the first ever WBC fight held in the continent.

The event will be held at the Bomas of Kenya on Saturday, February 26 from 5pm till late.

“It’s been a long and tough journey but I have gained experience and I look forward to what the future holds for me in this sport.

“It’s more of a passion for me and that’s what has made me reach where I am,” Achebi stated.

This discipline is known as the “art of eight limbs” as it is characterized by the combined use of fists, elbows, knees, and shins.

The humble fighter took up the sport at the tender age of 9 and has never looked back since then, insisting that it is his passion that drives him everyday.

Leading gaming company SportPesa has come on board and through a partnership with the Ultra Fitness Gym under the guidance of seasoned martial arts coach, Maurice Odera, will be a part of the event.

In the past, SportPesa facilitated Achebi and his two colleagues’ trip and stay in Thailand as part of their expanded sports development agenda.

“I am so grateful that SportPesa has come back and decided to help us with the upcoming event. The sport is growing locally and such help is what we need to further develop the talents we have.

“The preparations are going well and I am prepared for the fight. I urge the fans to come out and show their support, I will make them proud,” the 21-year old Achebi underlined.

The event will have 8 fights on the cards with fighters from 8 countries across the continent, promising a night full of mouthwatering and heavy-hitting bouts.

Tickets are available on ticketsasa.com and the event will be live streamed on SportPesa’s YouTube channel as well as SportPesa Care’s Facebook page.

Javan Buyu, who is also the first Kenyan fighter to be signed by Extreme Fighting Championship (EFC), will also be in line to give the fans a show on the night.

EFC is a South African mixed martial arts promotion company established since 2009 and has over 120 athletes exclusively contracted to the organisation.

“I used to like fighting and I used to on the streets until I found guys in the social hall who can beat me up.

“After that is when I decided to take it seriously and now I’m here,” Buyu stated.

Buyu was also part of the contingent that traveled to Thailand for the championships has now been a professional fighter for five years, having fought just for fun prior to that.

“There’s ups and downs I have experienced throughout my journey but I have learnt so much. All the lessons I have taken with me have made me a better fighter.

“I’m excited for the fight and I know I’ll win that belt. I have been training well and bettering my technique so I am ready to make history for my country,” Buyu added.

Muay Thai became widespread internationally in the late 20th to 21st century, when westernized practitioners from Thailand began competing in kickboxing, mixed rules matches, as well as matches under Muay Thai rules around the world.