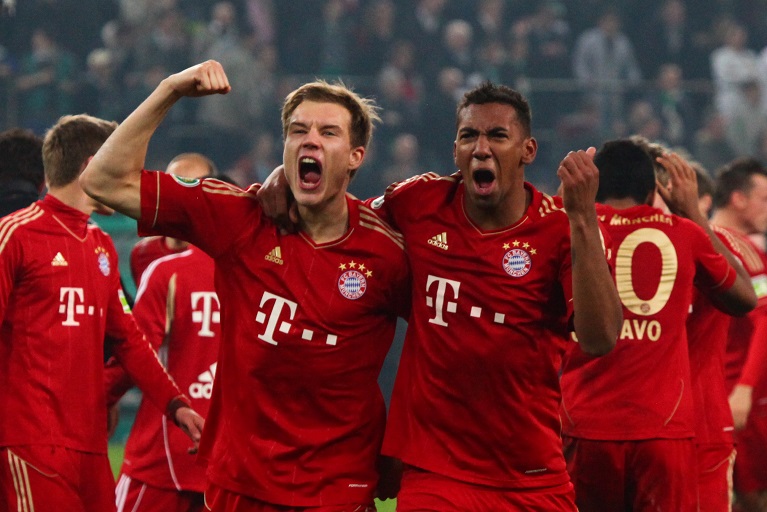 The reigning UEFA Champions League champions FC Bayern Munich are all set to launch their defense in a tough test against beaten finalists Paris St. Germain on Wednesday night.

Bayern beat PSG 1-0 in the 2019/20 final courtesy of a Kingsley Coman goal to clinch their sixth triumph in the most elite football club competition.

Bayern’s quest for a ninth Bundesliga title gathered steam with a 1-0 win over RB Leipzig, but PSG’s trophy hopes took yet another significant hit with defeat to Lille by the same scoreline.

The record German champions are currently atop the Bundesliga table with 64 points, seven ahead of their closest challengers RB Leipzig, while PSG are in second place in Ligue 1 – three points adrift of leaders Lille.

With 18 victories from their last 19 outings in the Champions League under their belt – the outlier being a 1-1 draw with Atletico Madrid on December 1 – they could become only the second team in history to string together a 20-match unbeaten run in the tournament.

Ahead of the mouthwatering encounter, SportPesa Kenya’s blog has a look at what to expect from the two top European teams.

What time does Bayern vs PSG start?

The game is set to kick off at 10pm Kenyan time at the Allianz Arena.

The biggest concern for the home side is the availability of top marksman Robert Lewandowski, who is dealing with a slight knee injury.

In his absence, Eric Maxim Choupo-Moting could be picked to start against his former employers alongside Serge Gnabry and Thomas Muller in the Bayern attack.

Alphonso Davies and Jerome Boateng sat out the weekend win at Leipzig due to suspension and the duo should be well rested and ready to take on PSG in midweek.

For the visitors, Marco Veratti and Alessandro Florenzi have both tested positive for the coronavirus and will not play any part in the proceedings.

Mauro Icardi will undoubtedly be the main man up front for the Parisians and could be supported by Moise Kean or Angel Di Maria.

Bayern vs PSG head to head

These two sides have gone up against each other six times in their history and Bayern have the advantage, having come out on top on four occassions.

The Germans come into the match on a high, having won their last seven games, while PSG have lost two in their last five encounters.

The easiest and safest prediction for this match is that it will have over 2.5 goals.

Both teams have enough quality in them to score goals but with the second leg encounter still to come, Bayern are tipped to come out on top.