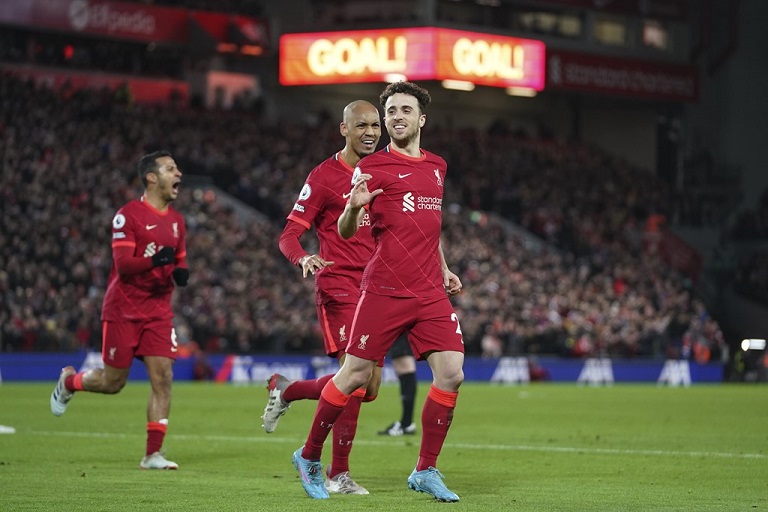 Liverpool are confident of progressing to the FA Cup quarterfinals when they host Norwich City on Wednesday evening.

Barely a week after an English Premier League clash, both teams lock horns again at Anfield.

Liverpool were 3-1 winners on the day and have since demolished Leeds United 6-0 in the league, while Norwich lost 2-0 to Southampton.

The Reds won a record-breaking ninth EFL Cup crown on Sunday after a penalty shootout victory against Chelsea.

The Canaries are still waiting for their first victory over the Merseyside giants since 1994.

Will this be an easy win for Liverpool? Play here to make your predictions for the mouthwatering tie.

What time does Liverpool vs Norwich start?

The game kicks off at 11:15pm Kenyan time at Anfield.

Diogo Jota returned from injury over the weekend and is expected to start this game with Roberto Firmino still on the sidelines.

Caoimhin Kelleher is set to retain his spot in the starting line-up and the likes of Divock Origi, Takumi Minamino and Alex Oxlade-Chamberlain could be drafted as well.

Grant Hanley is suspended for the visitors but Jakob Sorensen is expected to be available to start.

Teemu Pukki is all set to lead the attacking line for the Canaries.

Liverpool vs Norwich head to head

These teams have gone up against each other a total of 19 times with Liverpool winning 15 games.

The Canaries have only won once and the remaining three have resulted in a stalemate.

The reds come into the game having won all of their last five games, scoring 14 times and conceding just once.

Their visitors have only won once in that run, losing thrice and drawing another.

It is almost impossible to see Liverpool losing to Norwich despite playing a second string side.