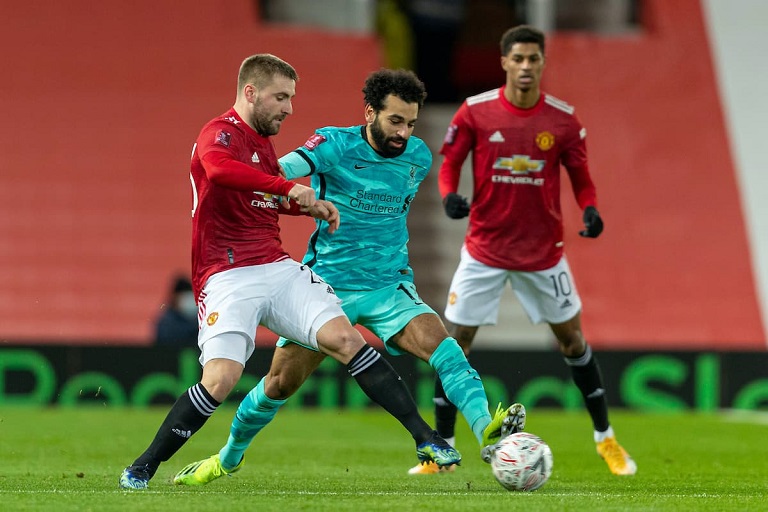 The fallout from the doomed European Super League quite literally spilled out onto the pitch before Man United’s proposed meeting with Liverpool.

The Red Devils supporters gathered in the masses to protest against the Glazer family both inside and outside Old Trafford last weekend.

Manchester United’s 2-1 loss to Leicester City on Tuesday, confirmed that rivals Manchester City are champions for the fifth time in their history.

Liverpool are still considered rank outsiders for a Champions League berth, but a 2-0 win over Southampton at the weekend at least boosted their chances of a top-four ranking.

The reds know that they need nothing other than three points if they are to secure Champions League football next season.

On the other hand, the hosts are preparing for the UEFA Europa League final against Vilarreal two weeks from now, but a point will guarantee a second-place league finish.

The home side have to do without the services of Harry Maguire, he joins Anthony Martial on the injury list.

Aside from that, Ole Gunnar Solskjaer has a fully fit squad to choose from and will make plenty of changes after bringing in 10 new faces for the last outing.

Bruno Fernandes, Edinson Cavani, Marcus Rashford and Luke Shaw are all in line to start.

For the visitors, Jürgen Klopp has confirmed that Jordan Henderson will not feature again this season.

Up top, all of Sadio Mané, Roberto Firmino, Diogo Jota and Mohamed Salah are fit and available, and could be in line to feature from the start.

Liverpool have won 19 times out of the 54 matches played between these two sides and another 10 have resulted in a stalemate.

Man United have come out on top on 25 occasions, including a 3-2 victory last time out.

The loss to Leicester was United’s first and only in their last five matches, compared to Liverpool’s unbeaten streak in that run of matches.

Goals. There should be plenty of them in this encounter. Liverpool have what it takes to come out on top on the night though.