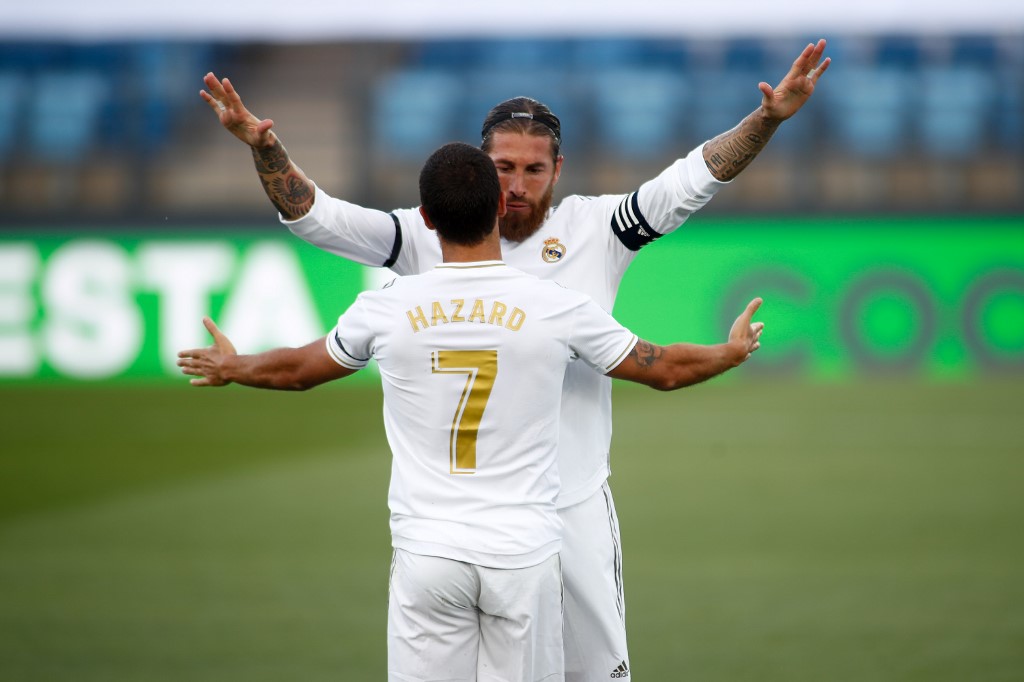 Real Madrid are currently sitting at the top of the La Liga table with 71 points, one ahead of FC Barcelona but with a game in hand.

Barca were held to a thrilling 2-2 draw by Atletico Madrid on June 30, giving Zinedine Zidane’s Madrid the chance to extend their lead at the top to four points if they manage a home victory on Thursday night.

Find all the details you need to know going into this fixture.

What time does Real Madrid vs Getafe start?

The match kicks off at 11pm Kenyan time at the Estadio Alfredo Di Stefano.

Ferland Mendy and Luka Modric are available for team selection after returning from suspension and may replace Federico Valverde and Marcelo, if Zidane opts for a change.

Eden Hazard and club top scorer Karim Benzema have been working well together up front and are sure to maintain their starting places.

Getafe have not proved to be worthy opponents against the mighty Madrid, with a barren draw in April 2019 being their best to show from their last 8 matches.

In a total of 21 games played in the league against each other, Madrid have won 21 while the visitors have only managed three wins.

Real Madrid are on a five-match winning streak coming into the game and have shown no signs of slowing down as they continue to seek a first league title in three years.

Getafe are also having a good season as they sit in 5th place on the table, despite three draws and a loss in their last five games.

With all that is at stake for the league leaders and the current form of Karim Benzema, who has directly contributed to five goals in his last five appearances- Madrid have the edge and the drive to help them come out on top.

Also, with the number of goals (42) that Getafe have scored this season, in comparison to Madrid’s 60, the hosts have a higher chance of bagging all three points.