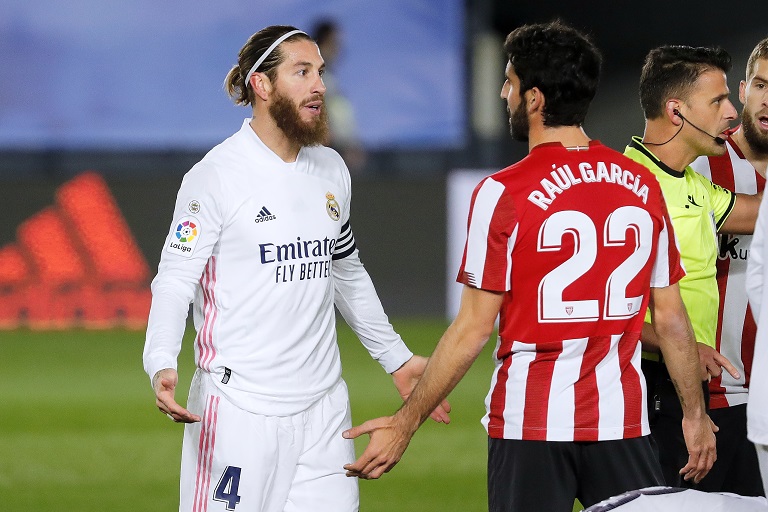 Zinedine Zidane’s Real Madrid can go level on points with league leaders and city rivals Atletico Madrid if they can manage a win against Real Betis on Saturday.

Los Blancos are currently second on the log with 70 points, two ahead of third place Barcelona who have a game in hand.

They host a sixth place Betis side who are seeking that coveted Europa League promotion spot but need to avoid defeat if they are to achieve their goal.

Manuel Pellegrini’s team have only lost once in La Liga since the start of February, although they have now played out four straight draws, including a 0-0 at home to Athletic Bilbao on Wednesday.

The reverse fixture was an entertaining affair as Real Madrid came back from behind to beat Real Betis 3-2 courtesy of an 82nd-minute penalty from captain Sergio Ramos.

What time does Real Madrid vs Real Betis start?

The hosts remain without the services of key players such as Sergio Ramos, Ferland Mendy and Lucas Vasquez through injury and Federico Valverde is recovering from coronavirus.

Despite being absent for the huge victory at Cadiz in midweek, Eden Hazard, Toni Kroos and Luka Modric are all in contention to make a return to the starting XI.

Karim Benzema is the key man up front to lead the Madrid attack, alongside Marcos Asensio and possibly Carlos Vinicius Jr.

Andreas Guardado may get the nod in place of Nabil Fekir who was sent off against Bilbao on Wednesday.

Club captain and veteran winger Joaquin could be in for a start on the right-wing, where he will look to exploit any spaces behind Marcelo while Diego Lainez gets the nod on the left in Cristian Tello’s absence.

These sides have gone up against each other a total of 40 times, with the hosts emerging victorious on 23 occasions.

Betis have only managed 7 wins and the remaining 10 have ended in a draw, the last time being a barren draw in 2019.

Neither of these teams have lost in their last 5 matches, with Betis picking up four points from their last four games and winning the remaining one.

Madrid have won 4 of their last five, with their only draw in that run coming in a 0-0 game away at Getafe.

With all that is at stake for the home side and the recent results between these two, Madrid are tipped as favorites to come out on top.