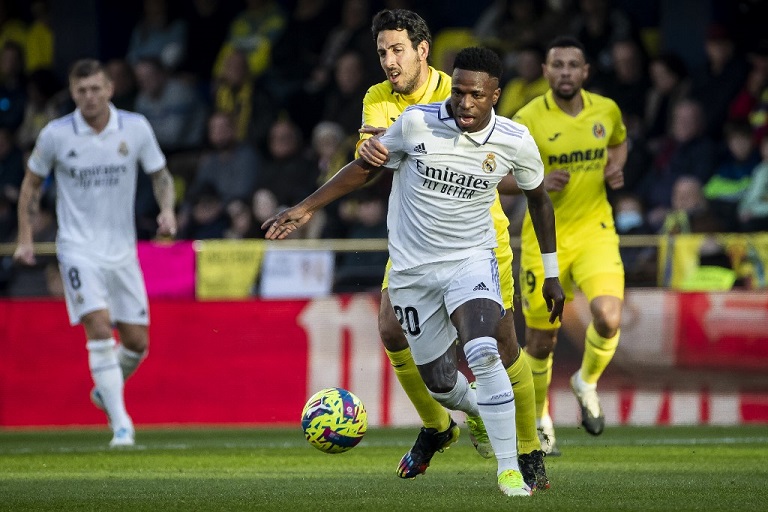 Real Madrid travel to Villarreal for their round of 16 Copa del Rey clash seeking revenge for their loss in the La Liga earlier this month.

Villarreal beat the La Liga champions 2-1 at the La Ceramica on January 7 and are hoping to repeat their success on Thursday night.

The hosts were eliminated from the round of 32 last season but managed to secure a place in the round of 16 after a 5-1 demolition of Cartagena.

Madrid on the other hand booked their place in the round of 16 with a scrappy 1-0 away win over Cacereño.

The home team are on an eight-match unbeaten run in all competitions while Madrid are coming off a disheartening 3-1 defeat to Barcelona in the Super Cup.

Villarreal are sitting pretty in fifth in the La Liga table – only behind fourth-placed Atletico on goal difference while Real are second, 3 points behind Barca.

The Yellow Submarine have not progressed further than the last eight since losing to Barcelona in the 2014-15 semi-finals.

Real Madrid have struggled in the competition in recent years and have not qualified for the final since their triumph in the 2013-14 edition.

Can Villarreal make lightning strike twice this month with yet another win over Carlo Ancelotti’s side?

Click here to make your predictions and place your bet on this clash.

What time does Villarreal vs Real Madrid start?

The game kicks off at 11pm Kenyan time at the La Ceramica Stadium.

Juan Foyth and Kiko Femenia came off injured in the draw with Celta Vigo with shoulder and calf issues respectively and will sit this one out.

Arnaut Danjuma’s future at the club is still in the balance so he will also not feature in the side but the return of Raul Albiol is welcome.

Gerard Moreno and Yeremi Pino are both fit and will start to lead the attacking line.

As for the visitors, Aurelien Tchouameni and David Alaba are still not available for selection as well as Luka Modric.

Marcos Asensio and Dani Ceballos are raring for a start and may be given the nod to be part of the starting XI as Karim Benzema remains the focal point of attack.

From the 47 times these two sides have met, Real Madrid have the advantage with 26 wins, compared to Villarreal’s 5 victories.

The remaining 16 have resulted in a draw but Madrid have won both previous Copa del Rey matches.

The hosts come into the game on a 5-game winning streak, scoring 14 goals in the process while Madrid have lost twice and won the remaining 3 games.

With their current run of form, we cannot put a win past Villarreal.

Madrid are tipped to get a goal at least and the most they could get out of this game could be a draw.