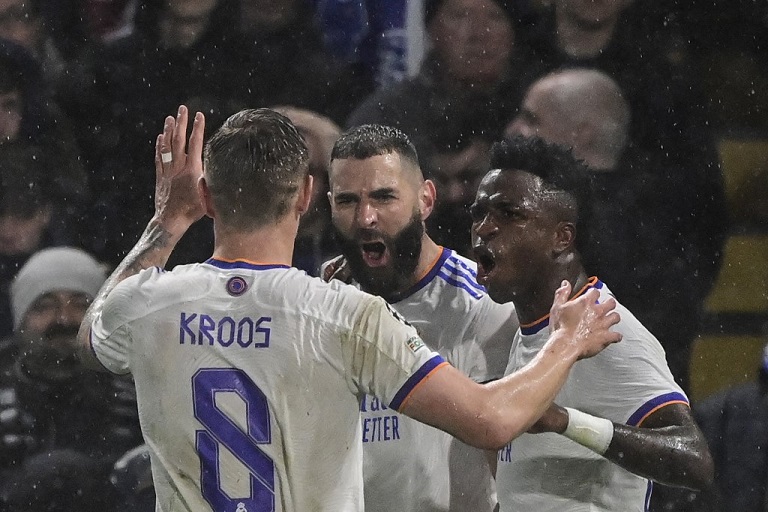 The first piece of European glory is up for grabs as Real Madrid and Eintracht Frankfurt lock horns in the UEFA Super Cup on Wednesday night.

Frankfurt on the other hand beat Rangers on penalties to win their first ever Europa League title.

Not since the 1979-80 season had Frankfurt experienced a taste of European success – winning the UEFA Cup as it was then known 42 years ago.

This will also be their first ever appearance in the UEFA Super Cup.

The German outfit suffered a 6-1 thrashing at the hands of Bayern Munich in its first game of the season and has a point to prove in this fixture.

Play here to make your predictions for this mouthwatering encounter.

What time does Madrid vs Frankfurt start?

The game kicks off at 10pm Kenyan time at the Olympic Stadium in Helsinki.

Carlo Ancelotti is yet to decide whether he will give Antonio Rudiger and Aurelien Tchouameni debuts.

Federico Valverde is set to be handed a starting role on the left flank with Vinicius Junior on the opposite wing.

Toni Kroos, Luka Modric and Casemiro are the preferred three in midfield with Karim Benzema leading the attacking line.

Jerome Onguene and Aurelio Buta are both sidelined for the German side through injury.

Rafael Borre is expected to start up front for Frankfurt with support from Mario Gotze and Daichi Kamada.

Madrid vs Frankfurt head to head

These sides have only played once prior to this encounter and it resulted in a barren draw in 2008.

Aside from their opening loss to Bayern, Frankfurt have won three times and drawn just once in their last five games.

Meanwhile, Madrid have won twice, drawn a similar number of games whilst losing once in that run.

With a final comes pressure but Madrid are far more experienced in this scenario and are expected to come out on top.