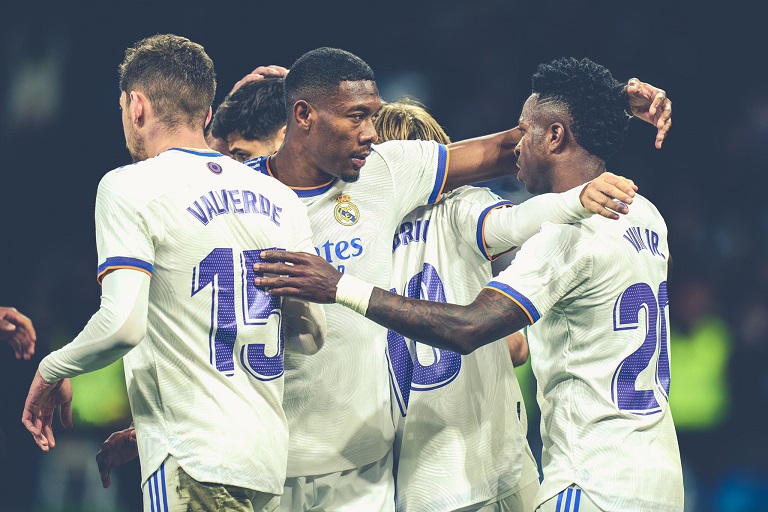 La Liga champions Real Madrid have the chance to reclaim their top spot if they beat Mallorca on Sunday afternoon.

Madrid remain unbeaten after 4 games and are currently in second place behind rivals Barcelona.

Mallorca on the other hand have only won once and are in 13th with 5 points.

In their last league outing, Madrid beat Real Betis 2-1 while Mallorca were held to a 1-1 draw by Girona.

Madrid have not lost at Bernabeu in La Liga since Barcelona beat them 4-0 in March, while they are unbeaten against Mallorca in Madrid since May 2009.

The visitors will take on Real Madrid and Barcelona in two of their next three matches, a daunting task for them.

Can they get anything out of this game? Play here to make your predictions for the clash.

What time does Madrid vs Mallorca start?

The game kicks off at 3pm Kenyan time at the Santiago Bernabeau.

Talisman Karim Benzema is a huge blow for the hosts as he is ruled out by a slight injury, and he joins Eder Militao on the sidelines.

This could see Antonio Rudiger and David Alaba line up in the center of defense.

Eden Hazard came off the bench to score against Celtic and he will be given a starting role on Sunday.

The visitors come into the game with a host of injury concerns that may limit their performance on the day.

Dominik Greif, Iddrisu Baba, Amath Ndiaye and Angel Rodriguez have all been ruled out.

Madrid vs Mallorca head to head

From the 38 matches played between these two sides, Madrid have won 22 times compared to Mallorca’s 11 wins.

The remaining 5 have resulted in a stalemate, the last draw being over 10 years ago.

The home team are on a 7-game winning streak coming into this encounter, while their opponents have only won once in their last 5 games.

Real Madrid are a better side on paper and their form is exemplary at the moment, they are expected to win convincingly.