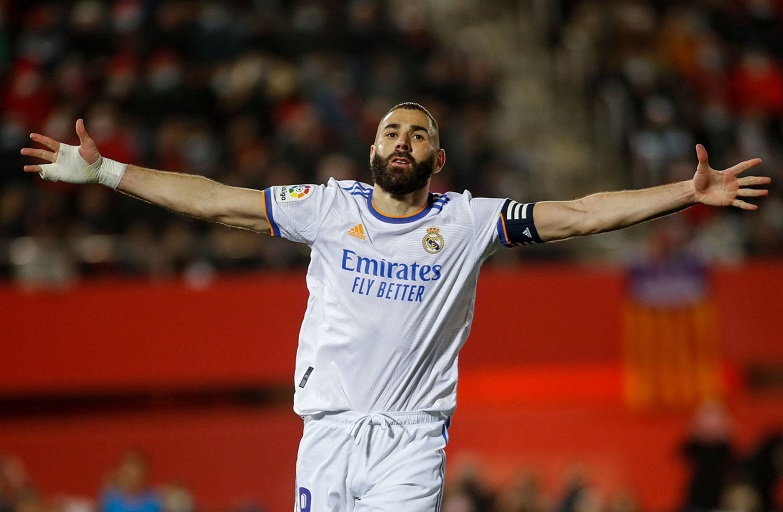 One of the biggest matches in modern football is on the cards as Real Madrid battle it out against Barcelona in the Spanish Super Cup final.

Both teams had to beat their opponents via a penalty shootout in the semis in order to book a place in the Sunday final.

Madrid beat Valencia 4-3 while Barcelona saw off Real Betis 4-2 after neither team was able to score a winner after extra time.

Real had entered the clash with Valencia off the back of a 2-1 loss to Villarreal in La Liga, which left them second in the table, three points behind leaders Barcelona.

Barcelona are in the final for the second time in three seasons and they lost 3-2 in the final of the 2020-21 edition against Athletic Bilbao.

This will be the second edition of El Clasico this season, with Real Madrid recording a 3-1 win in La Liga in October.

Barca have kept just one clean sheet in their last five games across competitions compared to Madrid’s two, setting this up to be a game potentially filled with goals.

Barcelona are the most successful side in this competition, but they have not lifted the trophy since 2018.

Who will win a first piece of silverware for the season in this highly anticipated El Clasico. Click here to place your bet for this game.

The game kicks off at 10pm Kenyan time at the King Fahd International Stadium.

Aurelien Tchouameni and David Alaba are absent from the squad with injuries but experienced duo of Toni Kroos and Luka Modric will start.

Ferland Mendy and Dani Carvajal will return to the starting line-up to solidify the Madrid defense.

Up front, the attacking trio of Karim Benzema, Vinicius Junior and Rodrygo will all retain their spots in the starting XI.

For Barcelona, Jules Kounde and Andreas Christensen will both start as part of the back line with Sergio Busquets experience preferred in midfield.

Ansu Fati is likely to come into the starting XI to support Ousmane Dembele and Robert Lewandowski in the final third.

These Spanish giants have locked horns 250 times in competitive games and 34 times in exhibition games. Madrid enjoy a narrow 102-97 lead in wins.

Barca come into the game unbeaten in their last 5 games – winning 4 times and sharing the spoils in a 1-1 draw with Espanyol.

Meanwhile, Madrid’s run of from is much poorer, losing twice in that run.

This match is expected to be a cagey affair but both teams are tipped to score on the night. The game could end in a draw and possibly be decided after the 90.