OVER A QUARTER OF A BILLION TO BE WON IN SPORTPESA MEGA JACKPOT! PREDICTION 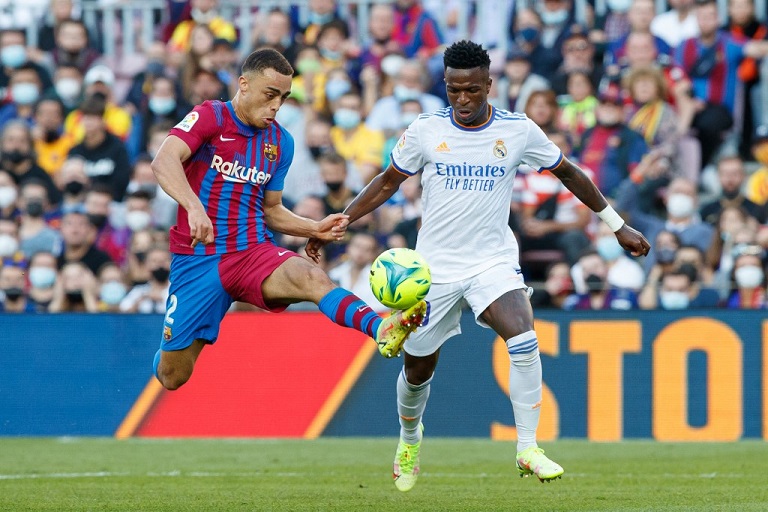 The SportPesa Mega Jackpot is the biggest football pot in the land and has reached a record-breaking and staggering KSHs 252,673,804.

Yes, that’s over a quarter of a billion shillings up for grabs in the mega jackpot, which typically consists of a total of 17 games.

With only KSHs 99, anyone can attempt the Mega Jackpot and by correctly predicting the outcome of all games in the pot, you could be a multi millionaire.

Even if you are not fortunate enough to get all of them correct, SportPesa offers generous bonuses from 12 correct predictions.

By simply clicking here, you could make history by becoming the biggest football jackpot winner in Kenya.

This weekend’s Mega Jackpot kicks off on Saturday at 7pm Kenyan time when Torino will be looking for a first win in 4 games as they host Juventus.

SportPesa’s Blog has a look at the biggest 5 games that feature in this weekend’s jackpot!

It’s a battle for third place as Bilbao host Atletico at the Jorge Figueroa on Saturday night, with only a point separating them.

The hosts have 17 points in third with Atleti breathing down their necks with 16, tied with Real Betis and Sociedad.

Last season after a barren draw at the Wanda Metropolitano, Bilbao beat Atletico 2-0 at home.

Bilbao are unbeaten in 4 games and have scored 12 goals in that space, while Atleti have lost twice in their last 5 games.

Both teams have notable names available to play and don’t have major injury concerns, setting it up to be an entertaining affair.

Goals are expected from either side but a draw could be the most likely outcome.

The Saints are after only their third win of the English Premier League season when they take on West Ham at St. Mary’s.

This is going to be hard with their current run of form that seen them lose their last 4 games, conceding 8 goals and scoring just once.

13th place West Ham are on the come up and are looking for a third straight EPL win after conquering Wolves and Fulham.

Michail Antonio, who scored in the win against Fulham, is rumored to be suffering from a cold and will sit this one out.

The pressure is on the home team to avoid a 5th straight loss but it will be a difficult task, in fact I think West Ham may upset them.

Rennes are looking to further put more daylight between them and Lyon when they battle it out at Roazhon Park.

The home side are seeking a 3rd straight win, while Lyon have lost 4 in their last 5 matches.

Joe Rodon is suspended for the home team after he was sent off but both teams have a full squad to choose from.

9th place Lyon have 14 points after 10 matches and are 4 points behind their opponents in sixth.

Rennes are tipped as favorites to narrowly win on Sunday.

Talk about huge games in the SportPesa Mega Jackpot, the first El Clasico of the season highlights this one.

What’s even more special is that it doubles up as a top of the table clash, with both teams tied at the top with 22 points.

Barcelona lead the La Liga standings owing to a superior goal difference but winner takes all at the Santiago Bernabeau.

Madrid will have a revenge factor mindset, remembering they lost 4-0 in the last Clasico in March.

Both teams are unbeaten in the league and have scored a total of 39 goals altogether, but Barca have conceded just one.

In many ways, this has the potential to be one of the best Clasicos we have watched in a while with plenty of goals expected.

Madrid are better at home and are tipped as favorites, though a draw should not be written off either.

The hosts are enjoying a dream start to the new season and are atop the Bundesliga table with 20 points.

Dortmund come into the game in 4th place with 16 points, tied with rivals Bayern Munich.

A 2-0 loss to Freiburg is Berlin’s only defeat this season and are full of confidence ahead of this highly anticipated clash.

The hosts haven’t beaten Dortmund since 2020 but their morale will be boosted by their recent impeccable run of form.

Union Berlin are actually the most likely to bag all 3 points at their Alte Foersterei Stadium.