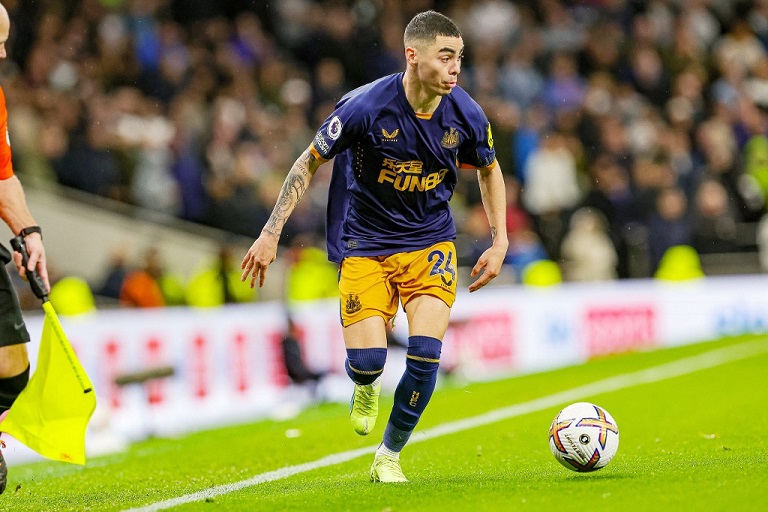 Newcastle United turn their focus to the English League Cup with a match against Leicester City hoping to book a place in the semis.

Newcastle are desperate to securing a last four spot after being knocked out of the FA Cup over the weekend after a 2-1 loss to Sheffield United.

The defeat means that the Magpies have now not won a game in their last three outings with barren draws against Leeds and Arsenal.

Leicester on the other hand were 1-0 winners against Gillingham to advance to the fourth round of the FA Cup, courtesy of a Kelechi Iheanacho goal.

Newcastle were 3-0 winners against Leicester in their most recent encounter on Boxing Day in the English Premier League.

To reach this stage of the competition, Newcastle defeated Tranmere Rovers, Crystal Palace and AFC Bournemouth in close encounters.

Eddie Howe’s side now have the chance to reach the semi finals of the competition for the first time since 1976 with a home win here.

Leicester beat Newport County and MK Dons by similar 3-0 margins in their previous two EFL Cup matches and seem to have their season back on track.

Will Newcastle snap their three-game winless run here and progress to the semis of the Carabao Cup? Click here to make your predictions.

What time does Newcastle vs Leicester start?

The game kicks off at 11pm Kenyan time at St. James’ Park.

There are changes expected from both sides as rotation is key with the hectic fixture schedule coming up.

The hosts are likely to start in goal with Nick Pope coming into the side as Martin Dubravka returns to the bench.

Miguel Almiron and Bruno Guimaraes were used substitutes over the weekend but will both return to the starting XI as Chris Wood leads the attack.

Patson Daka may start in place of Jamie Vardy, alongside Iheanacho in the final third.

Newcastle vs Leicester head to head

There is no separating these two sides when it comes to the matches played against each other – both teams have won 11 times from the 27 games.

Both teams have won twice in their last five games – but Leicester have lost the remaining three, while the hosts have lost once and drawn two others.

The last 5 games between these two sides have produced over 2.5 goals and this is not expected to be any different.

However, Newcastle are tipped to bounce back and win this match to progress to the semis.