NETHERLANDS OUT OT SEAL TOP SPOT IN GROUP A WITH QATAR CLASH. PREDICTION 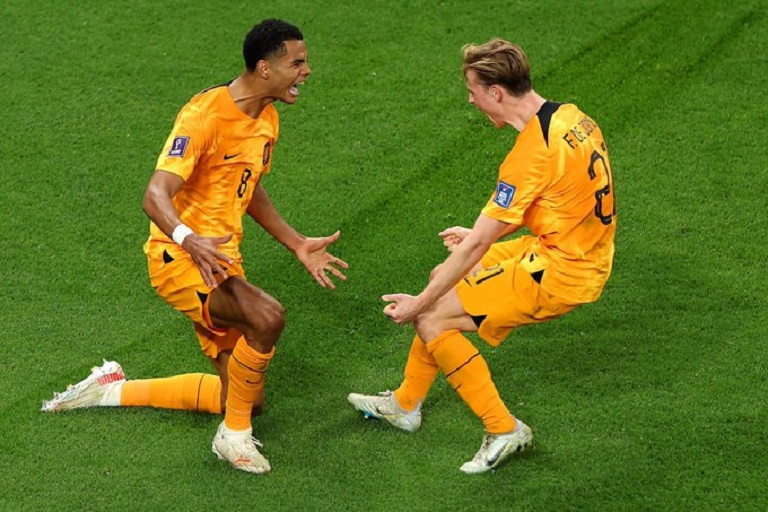 Netherlands take on already eliminated hosts Qatar in their final Group A game looking to seal their spot in the last 16 as group winners.

The Dutch won their opening game 2-0 against Senegal before playing out to a 1-1 draw with Ecuador.

Nevertheless, they remain atop Group A with 4 points, though they failed to qualify for the 2018 World Cup, they have finished second and third in their last two tournaments.

First place would see them take on the runner-up in Group B, which will be either England, Iran, USA or Wales, with all four sides still battling to qualify.

Qatar on the other hand have lost both their opening games, 2-0 to Ecuador before a 3-1 defeat to Senegal in their second game.

The hosts, who have been competing in the finals of a World Cup for the first time, are only playing for pride now and will look to at least get a goal in the game.

This is the Netherlands’ fourth match against a host nation in the FIFA World Cup – they have won two of their three such matches in the competition so far.

The Dutch have managed only four shots on target at this year’s World Cup but have scored three goals from these four attempts.

Will this be an easy win for Louis Van Gaal’s side? Click here to make your predictions for the game.

What time does Netherlands vs Qatar start?

The game kicks off at 6pm Kenyan time at the Al Bayt Stadium.

Steven Berghuis is pushing for a start in this game to replace Teun Koopmeiners in midfield alongside Frenkie De Jong.

Cody Gakpo has already scored twice in the tournament and will start behind Steve Bergwijn and Memhpis Depay, who has only featured from the bench thus far.

This should see Davy Klaasen drop to the bench as the rest of the squad remains unchanged.

Mohammed Muntari’s goal off the bench against Senegal could earn the forward a spot in the starting XI here.

There will also be another start in a deeper area for the captain Hassan Al-Haydos, who boasts an impressive record of 36 goals in 170 appearances for his country.

Netherlands vs Qatar head to head

There has never been a competitive match played between these two nations.

The Dutch are unbeaten in their last five games – winning four of them while sharing the spoils in the most recent match against Ecuador.

Qatar are on a two-game losing streak but prior to that they had won four games in a row.

It is highly unlikely that Qatar’s losing streak will end here with the quality in the Dutch team much stronger than theirs.

Netherlands are tipped as favorites to win comfortably on the night.