NBA PLAY-OFFS: WILL THE NETS GO ALL THE WAY? HAWKS, SUNS BOAST LEADS 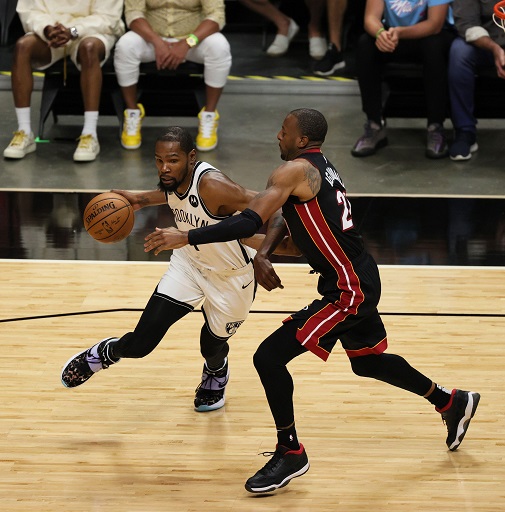 The Brooklyn Nets are proving to be the most worthy contenders for the NBA title after taking a commanding 2-0 series lead over the Milwaukee Bucks.

Kevin Durant inspired them to a 125-86 win on Monday evening, the biggest playoff win in the franchise’s history.

Giannis Antetokounmpo had 18 points and 11 rebounds for the Bucks, but was thoroughly outplayed by Durant in a matchup of NBA MVP winners.

The Bucks need a huge turnaround when they go home for Game 3 if they are to avoid being swept by the title contenders.

Elsewhere the Phoenix Suns beat the Denver Nuggets 122-105 in Game 1 of the Western Conference semifinals.

Chris Paul scored 21 points and added 11 assists much to the delight of the sellout crowd of 16,319, who anxiously watched the point guard’s every move.

Nikola Jokic led the Nuggets with 22 points but went cold while the Suns made their second half run.

Both teams lock horns again on Wednesday in Phoenix, with the rejuvenated Suns out to take a 2-0 advantage, especially after knocking out champions LA Lakers.

Trae Young continued his impressive run in the post-season after his 35-point performance inspired the Atlanta Hawks to a 128-124 victory over the Philadelphia 76ers.

Young starred in Atlanta’s first-round series win over the New York Knicks, averaging 29 points a game and was at it again.

Game two of the best-of-seven Eastern Conference semi-final series is in Philadelphia on Tuesday.

The series winners will face either the Milwaukee Bucks or the Brooklyn Nets for a place in next month’s NBA Finals.