NBA PLAYOFFS: CHAMPIONS LAKERS OUT, TEAMS ALL SET FOR SEMI-FINALS 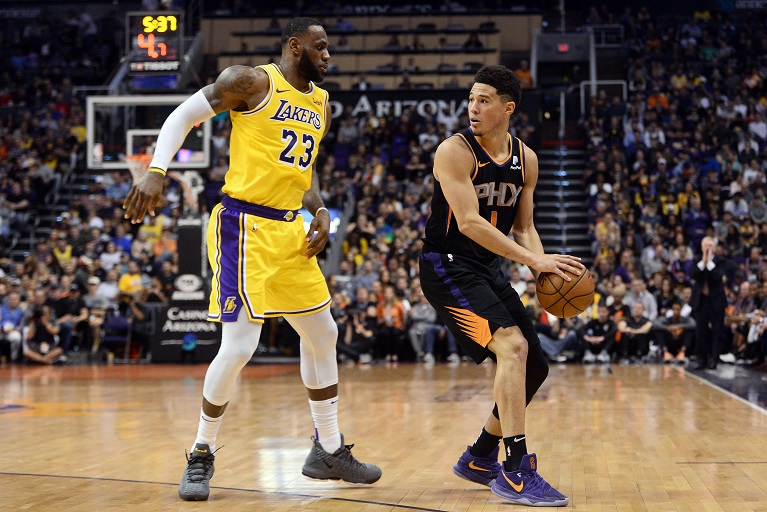 A 47-point Devin Booker performance was enough for the Phoenix Suns to eliminate defending champions LA Lakers out of the NBA Playoffs.

LeBron James scored 29 points for the Lakers, who are the first defending champions to lose at this stage since the San Antonio Spurs in 2015.

The Game 6 victory condemned James to his first ever exit from the playoffs in the first round.

The Suns, inspired by youngsters Booker and Deandre Ayton, are making their first post-season appearance since 2010 and face the Denver Nuggets in the semis.

The Nuggets and the Phoenix Suns have played 182 games in the regular season with 84 victories for the Nuggets and 98 for the Suns.

Denver came out 4-2 winners over the Portland Trail Blazers in the series to book a place in the semis.

After making quick work of the Washington Wizards in the first round of the 2021 NBA playoffs, the Philadelphia 76ers’ real tests are about to begin.

The top-seeded 76ers are set to open their second-round series against the Atlanta Hawks on Sunday with doubts over the fitness of All-Star Joel Embiid.

The Hawks have proved not to be a pushover as they swept past the New York Knicks to come out 4-1 winners in the series.

Because of the uncertainty surrounding Embiid, the Sixers are only slight favorites to beat the Hawks in the series.

The Brooklyn Nets and Milwaukee Bucks will meet in a heavyweight Eastern Conference semifinal showdown after both teams eased through.

The Bucks saw off Miami Heat in four games as James’ Harden inspired The Nets to dispatch Boston Celtics after five games.

With their season on the line, the fourth-seeded LA Clippers overcame a seven-point deficit in the third quarter of Game 6 to defeat the Dallas Mavericks 104-97.

The Clippers play Game 7 on their home floor, where they have yet to win this postseason but now have the momentum to make it through to the semis.