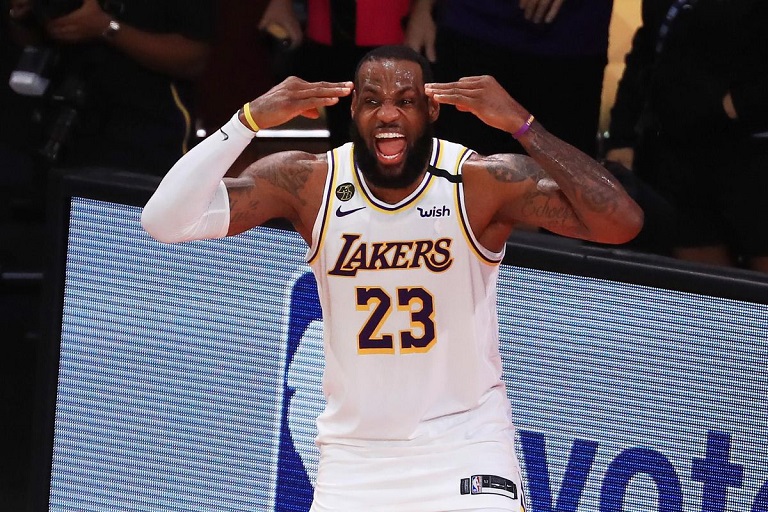 The 2020 National Basketball League (NBA) champions LA Lakers are facing elimination after the Phoenix Suns destroyed them 115-85 on Wednesday morning.

The Lakers struggled without the services of star forward Anthony Davis, who was ruled out of the game with a groin strain.

Phoenix jumped out on fire to capture a 66-36 lead at half-time as Devin Booker, Chris Paul and Deandre Ayton reminded the world that LeBron James was not the only star on the floor.

This 30-point deficit was the largest that LeBron has ever suffered in his post-season career and his team needs a vintage performance from him if they are to overturn the 3-2 series score.

It is also the first time in James’ career that his team has lost two consecutive games in a first-round series.

“It’s literally win or go home at this point. You shoot all the bullets you got and throw the gun too.

“I’m looking forward to the environment. Obviously the Laker faithful will give us a lot of energy and I look forward to the moment and the challenge, and see what brings out the best of me,” James stated after the loss.

Elsewhere, James Harden scored a 34-point triple-double in the Nets’ 123-109 win over the Boston Celtics, adding 10 rebounds and 10 assists.

The victory means that they win the series 4-1 and the Nets will play the Milwaukee Bucks in their first Eastern Conference semi-final since 2014.

“We’ve dealt with so much adversity through the regular season, it felt good to get some meaningful games in.

“We’re a special group, especially when we lock in defensively. If we can get three or four stops in a row we can get it going offensively because we’ve got that much firepower,” Harden said.

The Denver Nuggets secured a 147-140 win in double-overtime against the Portland Trail Blazers, to take a 3-2 series lead ahead of Game 6 on Friday.

Damian Lillard drained 3-pointer after 3-pointer on Tuesday night, finishing with 55 points, as well as a play-off record 12 three-pointers in defeat.