NBA PLAYOFFS: EVERY ONE LEFT GOING TO GAME 6, WHO WILL MAKE IT? 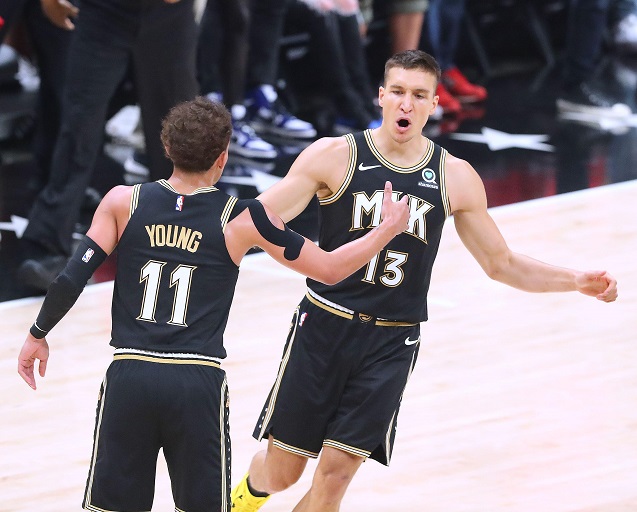 Only the Phoenix Suns have confirmed their spot in the Western Conference finals after an exquisite show saw them wipe out the Denver Nuggets 4-0.

All the other remaining games in the playoffs are heading into Game 6 where it’s do or die for teams in search of NBA history.

Without star Kawhi Leonard, Paul George inspired the LA Clippers to a 119-111 win against the Utah Jazz to take a 3-2 series lead.

The all-important win pushes the franchise to one victory away from their first conference final berth.

George led the Clippers in points (37), rebounds (16) and assists (5) to edge Tyronn Lue’s side closer to making history.

Utah Jazz go into game six on Saturday morning knowing that only a win can force a Game 7, as they seek a first finals appearance since 1997.

Elsewhere, Kevin Durant became the first player in NBA history to score 45 points, get 15 rebounds and dish out 10 assists in a playoff game.

All this was after star Kyrie Irving went off injured as the Brooklyn Nets beat the Milwaukee Bucks 114-108.

Brooklyn overcame a 17-point deficit and seized a 3-2 lead in Tuesday’s pivotal Game 5 at the Barclays Center.

The Nets go into Game 6 confident that they can secure their first trip to the conference finals since the 2002-03 season.

Solid showings from Giannis Antetokounmpo, Khris Middleton and Jrue Holiday weren’t enough for the Bucks, who now must win two in a row to advance to their second Eastern Conference Finals in three years.

In the other game, the Atlanta Hawks pulled off a remarkable comeback as they rallied from 26 points down to beat the Philadelphia 76ers 109-106.

Trae Young scored 39 points and added to a postseason where he has become a breakout star, ensuring there will be a Game 6 in the hotly-contested affair.

The Hawks won in Philadelphia for the second time in the series and can advance to the conference final for the first time since 2015 with a victory Friday night in Atlanta.