WHO WILL KICK OFF THE NBA FINALS WITH A WIN, SUNS OR BUCKS? 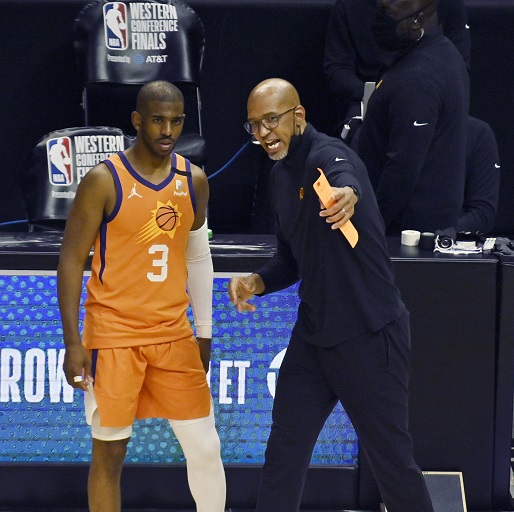 The NBA Finals are finally here and it’s refreshing to see new faces both competing to win a title that will change the course of the sport.

The Phoenix Suns were first to qualify for the finals after beating the LA Clippers 4-2 in the Western Conference finals, for a first appearance since 1993.

Despite an injury to star player Giannis Antetokounmpo, the Milwaukee Bucks beat Atlanta Hawks 118-107 in Game 6 for a 4-2 series win.

It is unclear whether Giannis will be fit to be part of the selection for Game 1 in Arizona but the Bucks have shown their capability to score without him.

Khris Middleton, Bobby Portis and Brook Lopez combined for 106 points in Game 5 of the Eastern conference finals, meaning we are in for a hell of a final.

Based on both games played between these two sides in the regular season, this has the billing to be one of the most entertaining NBA Finals we have seen in a while.

Phoenix won the two games against Milwaukee by a combined two points, including a 128-127 overtime thriller back in April.

The Suns reached the NBA Finals for the first time since 1993 by running through the Lakers, Nuggets and Clippers.

The Bucks clinched their first NBA Finals berth since 1974 after eliminating the Heat, Nets and Hawks.

The Suns have never won an NBA title in franchise history, so they will be looking to hoist the Larry O’Brien Trophy for the first time ever.

It’s expected that the Suns will make use of home advantage in Game 1 and take an advantage into the second game but we can’t write off the Bucks at all.

Who’s your money on?