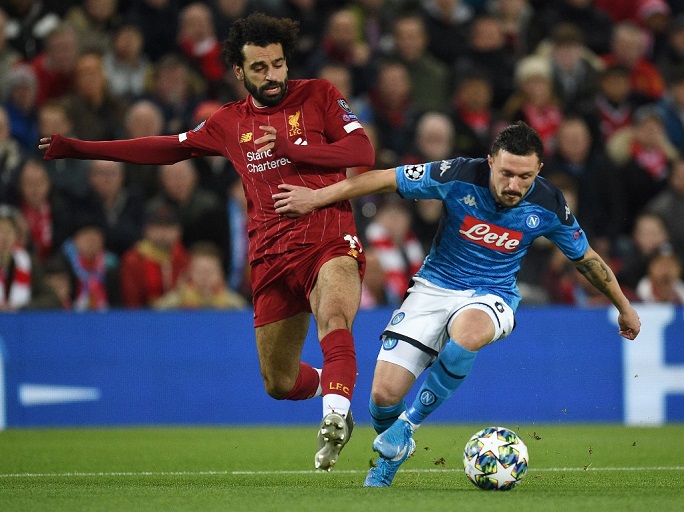 Napoli will kick start their UEFA Champions League campaign with an enticing home match against Liverpool.

The reds travel to Naples eager to set the record straight after losing last season’s final to champions Real Madrid.

Ajax and Glasgow Rangers are the other teams in Group A and will also be in action on Wednesday night.

A tally of 11 points from their opening 15 on offer sees Napoli top Serie A – ahead of Scudetto holders AC Milan on goal difference.

Liverpool on the other hand have not had a perfect start and sit in 7th place on the EPL table with 9 points.

The hosts have an eight-game unbeaten run at home in the Champions League since November 2017 and will seek confidence from this.

Napoli and Liverpool are familiar foes having locked horns in both the 2018-19 and 2019-20 Champions League group stages.

Will the home team get their revenge in this encounter? Make your predictions here.

What time does Napoli vs Liverpool start?

The game kicks off at 10pm Kenyan time at the Diego Armando Maradona Stadium.

Hirving Lozano was injured in the win against Lazio and will definitely miss this game.

Matteo Politano will therefore get a place in the starting XI alongside Khvicha Kvaratskhelia and Victor Osimhen up front.

Other than that, the rest of the team will remain unchanged from their weekend victory.

For the visitors, there could be a few changes with Andy Robertson set to return to the starting line-up.

New signing Darwin Nunez is expected to be handed his UCL debut up front, supported by Mohamed Salah and Luis Diaz.

Fabinho may also start to assist youngster Harvey Elliott, who will retain his spot in the first XI.

Napoli vs Liverpool head to head

From the 8 games played between these two teams, both have won 3 times and the remaining two have resulted in a draw.

The home team are unbeaten in their last 5 games – winning twice and sharing the spoils in another 3 while Liverpool have one defeat under their belt in that run.

With the unconvincing run of form the visitors have began the season with, Napoli could grind out a narrow win on the night here.