NAPOLI LOOKING TO END GROUP A UNBEATEN AWAY AT LIVERPOOL. PREDICTION 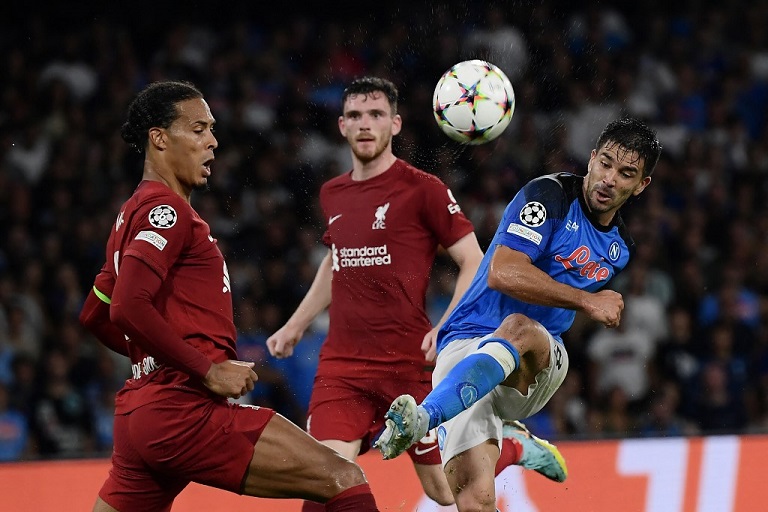 Napoli are unbeaten in their Champions League Group A and are looking to end the stage like that when they travel to face Liverpool on Tuesday.

Jurgen Klopp’s side must beat Napoli by three or more goals if they are to leapfrog them into top spot in Group A.

Liverpool booked their place in the knockout stages for the sixth successive season under Klopp by beating Ajax 3-0 in Amsterdam last week.

Meanwhile, Napoli were 3-0 winners against Rangers during match day 5, inspired by a Giovanni Simeone brace.

The reds are out for revenge in this clash after suffering a humiliating 4-1 defeat on match-day one but it will be an uphill task against a red-hot Napoli side.

Though Napoli have never secured a victory in their 11 matches against English teams away from home in European competitions.

Klopp is set to take charge of his 100th games in the UEFA Champions League with both Liverpool and Borussia Dortmund and will become the first German manager to achieve the feat.

Will Napoli extend their exemplary record in the competition with a win here? Play here to make your predictions.

What time does Liverpool vs Napoli start?

Attackers Luis Diaz and Diogo Jota are all long-term absentees and will not feature as well as Naby Keita, Fabinho and Joel Matip.

James Milner and Jordan Henderson are likely to come into the starting XI as Klopp seeks to change his side’s fortune.

Fabio Carvalho is expected to maintain his place in the starting XI, alongside Mohamed Salah and Robert Firmino.

For the visitors, Victor Osimhen who came back from injury and has scored in successive games including a hat-trick against Sassuolo, will lead the attacking line.

Matteo Politano is only one booking away from incurring a one-match suspension in this competition and could therefore be rested.

Liverpool vs Napoli head to head

From 9 matches played between these two sides, Liverpool have won 3 times compared to Napoli’s 4 victories. The remaining 2 games have resulted in a stalemate.

The reds have lost twice and won the remaining 3 in their recent run of 5 games, while Napoli have won all their last 5 games, scoring 15 goals in the process.

With both sides already qualified for the knockout stages, it could ease the sting of the clash, meaning a draw could be the most likely outcome.