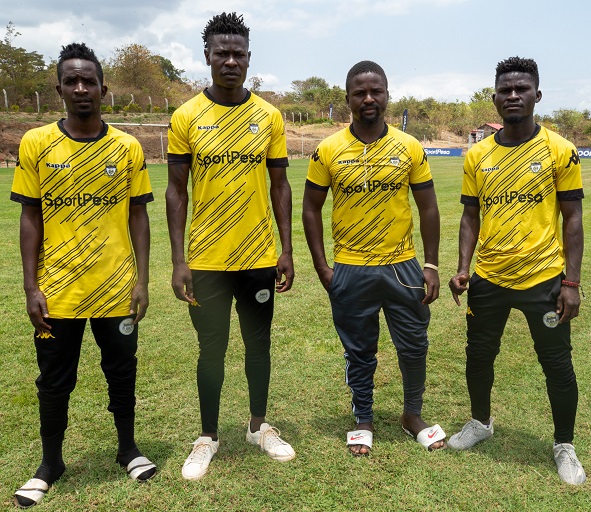 M-Seal, a football club that plays in the National Super League, received a huge boost after SportPesa became their official shirt sponsor.

Aside from their dream of playing in the Kenyan top flight, the club is in line to launch the perfect sports academy to aid development in the community.

Speaking at their privately-owned St. Sebastien Park, club officials and players offered some insight into the ongoing project.

“We really want the academy to kick off so we can nurture the youth instead of having to look for players to sign from all around the country.

“During a transfer window like this one, we should have the option to pick a player from our academy to join the team,” Coach Vincent Nyaberi told SportPesa News.

The former Thika United player explained that the sports institution will offer both academic and sports, in a bid to better the community and nurture prime talent from the area.

“There are so many talented kids in Murang’a alone and I believe that with this academy, they can have somewhere to be guided to ensure they maximize their potential.

“I am grateful to SportPesa for holding our hand and believing in our dream. I know without a doubt it will become a reality very soon,” he added.

The M-Seal project is already underway and the club continues to show that outside their NSL life, there is a plan to ensure that the youth get an equal opportunity as well.

Team Manager, John Peter Wanjie, echoed his remarks and backed the academy to improve both the academic and the sports development in the county.

Wanjie, a former player himself, has been with the club since its inception and believes such an initiative has the potential to change a lot in the country.

“If there are kids who are academically gifted and others are gifted in sports, the school will provide a conducive environment for either of them.

“If during my playing days there was things like these, I believe that we would have achieved so much more as a nation,” Wanjie explained.

The plans are not limited to football talent as, construction of basketball and tennis courts are just some of the others already in progress.

M-Seal is already breaking boundaries, setting up a fully-fledged academy to add on to the fact that they are the only football team in the country with their own well-manicured pitch to call home.

“Just the fact that kids who are talented will have supervision and direction as they continue to work on realizing their dream, is the biggest difference.

“Many kids here cannot afford to be in such institutions but this academy is changing that and offering them a way to make something of themselves,” Murang’a Seal defender George Karimi underlined.