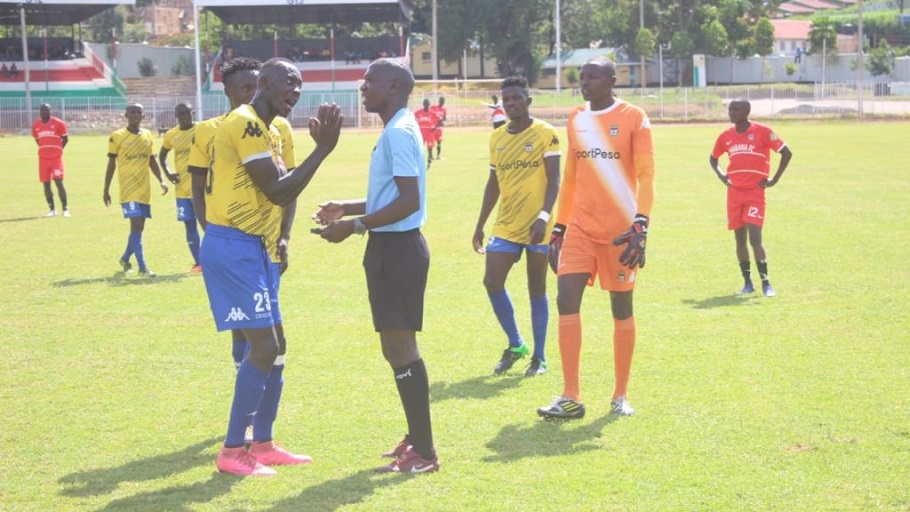 The National Super League resumes on Wednesday and Muranga Seal captain Marcus Jairo believes his side is all set to return to league action.

Jairo was speaking to SportPesa’s blog on Sunday after he captained his side to a 3-1 victory against 3K FC of Embu in a friendly at St. Sebastien Park.

Fans from the area showed up to offer support to their fast-rising local side and the cheers proved enough as the hosts rallied from a goal down to complete the comeback win.

The second tier league in Kenyan football has also been on pause since March when the government issued all sports activities in the country to come to a halt.

“It’s been tough not being able to play games, let alone train as a team but we are all happy that we can finally resume our work.

“We have just started to get our fitness levels back to where they need to be and we will be ready to resume on Wednesday,” Jairo stated.

Muranga Seal take on Coast Stima at 1pm on Wednesday as they battle to better their first half performance and rise from their unfortunate low placing on the league table.

From their 16 matches so far this season, they have managed 4 wins and two of them came in their last two games, leaving them in 18th place with 16 points.

“The game against Coast Stima is very important for us and we are going to give it our all.

“We are mentally prepared and we know our ambitions for the season are to remain in the NSL and we just have to take it one game at a time,” the defender added.

After the Wednesday encounter, Muranga Seal have a tricky fixture against Talanta, who are currently atop the NSL table with 32 points.

“Our focus for now is getting out of the relegation zone and we have enough quality to do so. After that, next season we can set our sights on promotion to the Kenya Premier League,” Jairo concluded.