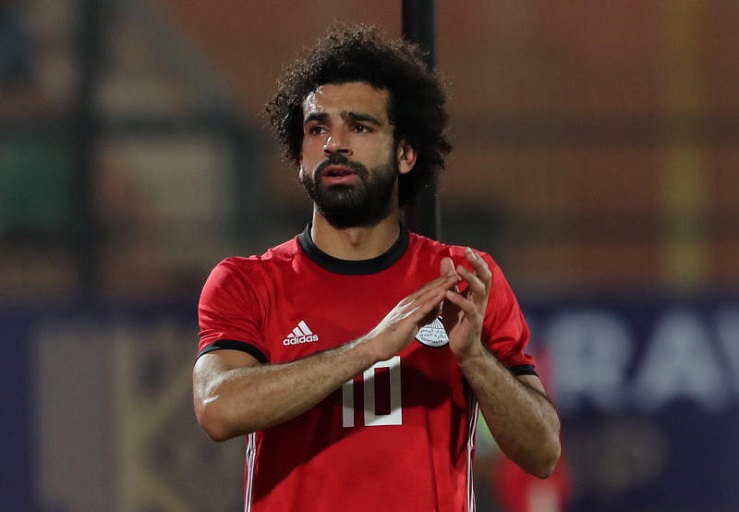 The social media fraternity in Kenya went into a frenzy on Tuesday evening as a video of Egyptian football start Mohamed Salah jetting into the Jomo Kenyatta International Airport went viral.

Salah, who plays for Liverpool FC in the English Premier League, is in the country to lead his side against the Harambee Stars of Kenya in an African Cup of Nations Group G qualifier on Thursday night.

The Pharaohs are joint-top of the table with 8 points, level with Comoros after four games while Kenya are in third place with 3 points and are still without a win in the campaign.

In their last qualification game, Kenya suffered a narrow 2-1 defeat at the hands of Comoros, but the Harambee Stars have since recorded two victories in friendly games, firstly defeating South Sudan 1-0 at home thanks to a late Elvis Rupia goal.

Following that win, they matched it with a 2-1 friendly win against neighbors Tanzania, courtesy of goals by Kariobangi Sharks forward Eric Kapaito and Hassan Abdallah of Bandari FC.

Egypt are looking to confirm their qualification on Thursday, as they go in search of an eighth African Cup of Nations win, with no side matching the seven trophies that they have already picked up since 1957.

Kenya turn to returning head coach Jacob Ghost Muleee to lead them to the finals, as the former Tusker FC coach is still remembered for Harambee Stars 2004 AFCON run under his tutelage.

What time does Kenya vs Egypt start?

The game kicks off at 7pm Kenyan time at the Kasarani Stadium.

Kapaito, who is enjoying a great season especially after scoring his first senior international goal recently, will be handed a start by Mulee and could partner with the Kenya Premier League’s top scorer Elvis Rupia.

The reliable David ‘Calabar’ Owino should be gifted his 68th cap for the national team, making him the most experienced player in the side.

Cliff Nyakeya, who plays his club football for ZED FC in the Egyptian second tier, should also be handed a spot in the starting line-up.

Salah, who has scored 43 international goals in 68 appearances, will lead the visitors attack and will be supported by Trezeguet.

Trezeguet has not been a constant feature in the Aston Villa line up this season but his pace and trickery still make him a force to reckon with going forward.

Arsenal’s Mohamed El Neny will be handed his 80th cap and will be key in the solidity of the Egyptian pack.

Kenya vs Egypt head to head

The Kenyans are still yet to be victorious against the Egyptians from the 3 matches they have played.

Egypt have won twice and the only draw being a 1-1 stalemate the last time these sides met in 2019.

The 2-1 defeat to Comoros is the only defeat Kenya has suffered in their last 5 matches, winning three and drawing another.

For the visitors, they are unbeaten in their last 6 matches, drawing twice and winning the remaining ones.

Despite the home soil advantage, this will be a tough test for Mulee’s side. I do believe that both sides will score at least a goal and with all that is on the line for Harambee Stars, they could potentially sneak in a draw.