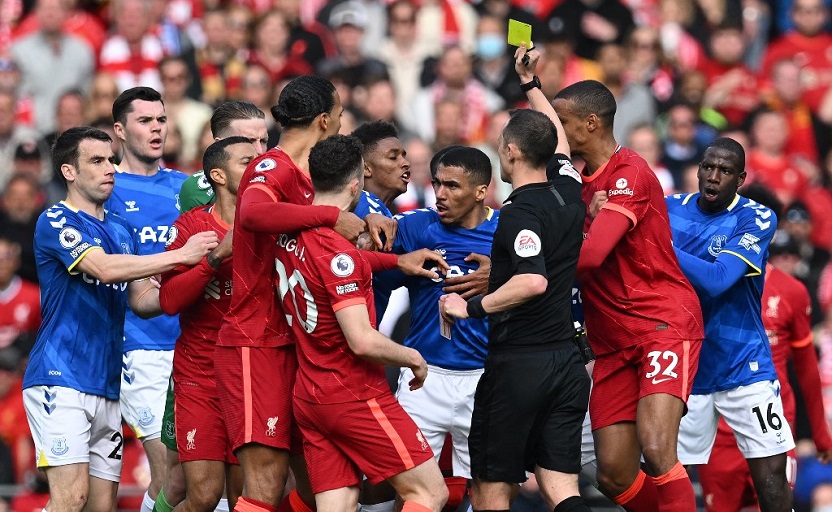 The first Merseyside derby of the season is the first game of the English Premier League weekend as Everton host Liverpool.

The Toffees are still without a win this season and are in 17th place with 3 points.

Meanwhile, Liverpool have scored 11 goals in their back to back wins against Bournemouth and Newcastle United.

The reds moved up to 6th place with 8 points ahead of the mouthwatering weekend encounter.

Visits to Goodison Park in recent years have more often than not ended in a share of the spoils – eight of the last 11 have seen the points shared.

Everton have won just one of their last 23 meetings with their local rivals, and have not beaten them at Goodison since 2010.

Click here to place your bet and make your prediction for this clash.

What time does Everton vs Liverpool start?

The game kicks off at 2:30pm Kenyan time at Goodison Park.

Idrissa Gana Gueye returned to the club from Paris Saint-Germain and could be involved this weekend.

Yerry Mina, Ben Godfrey and Abdoulaye Doucoure remain sidelined and will not feature.

Neal Maupay’s permit issues are sorted now and the former Brighton forward may be handed his debut for his new side.

The visitors have a fresh injury concern as captain Jordan Henderson limped off in the game against Newcastle.

Everton vs Liverpool head to head

The hosts have only won 6 times from the 51 played against their rivals, with Liverpool coming out on top on 26 occasions.

Both teams have only lost once in their last 5 matches but Liverpool have won twice, compared to Everton’s sole 1-0 victory against Fleetwood in the Carabao Cup.

The history of this fixture favors the away team, though there is lots of pressure on Frank Lampard’s Everton.

Both teams to score is the safest prediction.